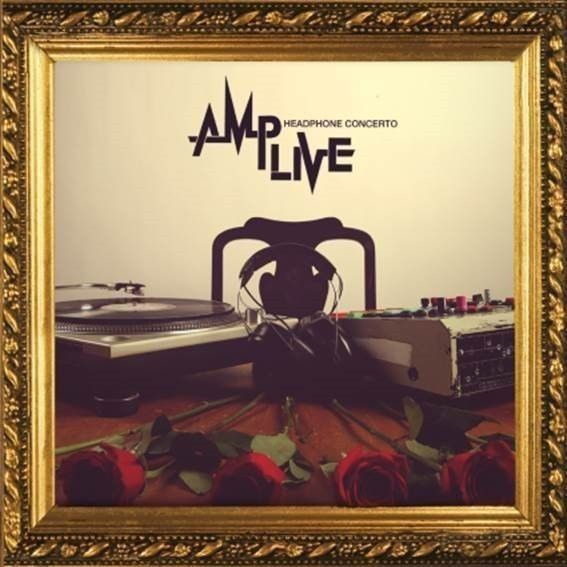 A concerto takes an audience on a journey in multiple movements through contrast between instruments. Only achieved by those who have mastered their craft, Amp Live has mastered his craft of programming producing and arranging through his decade plus catalogue with Zumbi as the acclaimed hip hop group Zion I and stellar remix and solo work.

Headphone Concerto is Amp Live’s long-awaited solo UK debut album and first via LA-based Plug Research. The carefully crafted album draws on his childhood playing drums in a Black Baptist Church and hanging out with the local skaters listening to New Wave in the Texan suburbs. He spent his formative college years in jam sessions that later informed his high-energy live shows. Early days in the Bay area cultivated a passion for experimental electronic music that crept into his hip-hop before it was trendy, even allowing the producer to remix several tracks from Radiohead’s seventh album In Rainbows.

Amp Live’s Headphone Concerto is the second solo release from the producer Zion I and his first project for Plug Research Music. Amp Live has worked with the likes of The Grouch & Eligh, Bassnectar, Fashawn, Myka Nyne, Mike G, Saint Timbre and many more.

Amp’s solo LP draws on all those memories and ultilizes every muscle in his musical memory. The result is something that has a bit of everything but defies conventional classification. The sweeping cello paired with the melodic synth on “Runback” and the orchestral strings that somehow coalesce with the flow of some of California’s best MC’s on “IHeartHipHop” both explore different facets and incarnations of love.

Ill Esha’s guest vocals swell up in an undeniable electronic rhythm on the infectious “are We Dancing”. Amp then finds transcendence on “100,000 Watts” via shuffle-inspired bass and fierce synth stabs, taking us on a journey through the abyss.

“Penny Nickel and Dime” challenges us to examine our relationship to money while bopping to some buttery jazz horns. “Hustle 360” extends that message with an understated groove and Povi Tamu’s strong yet delicate voice.

Through his knowledge of hip-hop, electronica, jazz and indie music, Amp weaves a sonic tapestry that ebbs and flows in movements. Each song has touches and flourishes from multiple genres and it will depend on the individual how each track is perceived. The cello may stand out more to those who have studied music, the drums may attract the hip-hop heads and dancefloor junkies might gravitate towards the electronic elements.

Through a blending of drum machines, live instruments, singers and rappers together, Amp Live is a modern day composer creating a concerto that is accessible for all.