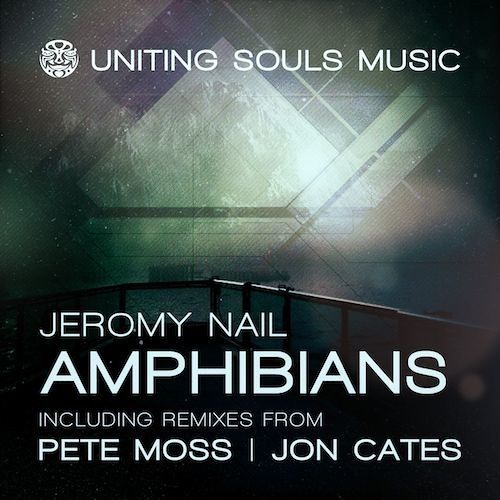 As part of the Uniting Souls Music collective since the early 2000s, Jeromy sharpened his DJ’ing skills on many late night dance floors, including residences at the seminal Flammable Sundays – the West Coast’s longest running house weekly twenty years strong – and the (now defunct) electronic dance music haven See Sound Lounge. With releases and remixes for the likes of Viva Recordings, Build It Records, Bomb Recordings, Hype & Soul, House Call, and, of course, the Uniting Souls label, Jeromy’s been busy on the scene.

Built around chopped vocals and double-bass samples overlaid with moody pads and melodic elements, the “Amphibians” original mix emits a quirky flavor rooted in a four-on-the-floor foundation. The dub mix re-contextualizes the original elements in a deeper, minimal, bass-laden context that could be taken as ‘micro house.’

First up on remix duties, Philadelphia’s Pete Moss delivers an extended, stripped-down mix of the original that’s sprinkled with the vocal and melodic phrasing and fortified by a tougher bass line. Portland-based Jon Cates, best known for his work with Om Records as part of Cates&dpL, also provides a take on “Amphibians” with a deep, driving tech-house infused version, keeping the energy level high with layered percussion and drum elements, thick bass, and subtle textures that capture the essence of the original but take it down a fresh new path.