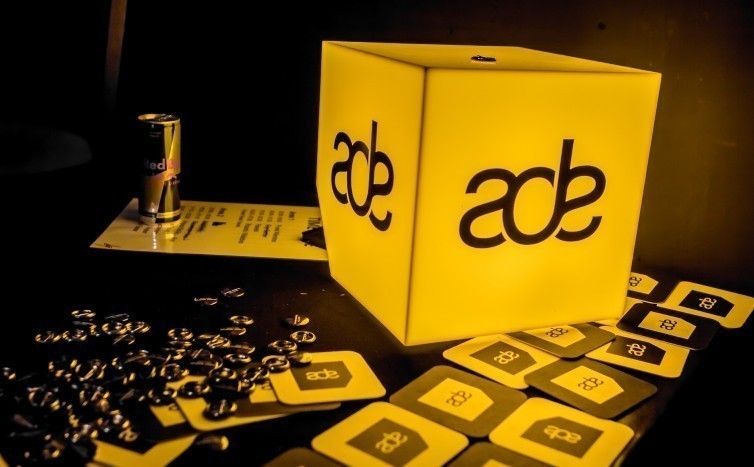 The nineteenth edition of the Amsterdam Dance Event (ADE) will take place from the 15th to 19th of October, 2014. Over the last three years the world’s leading event for electronic music has almost doubled in size, and ADE’s organizers are confident of maintaining above average year on year growth rates for the foreseeable future. At the 2014 edition, the organization expects 350,000 visitors from around the world.

The record breaking 2013 edition of the ADE focused on the 25th anniversary of dance music in the Netherlands, which was marked by a number of special events including the launch of the book Mary Go Wild, an outdoor exhibition, talk shows, special music events and several film screenings. The anniversary celebrations resulted in a wave of national and international media attention and emphasized the leading role that the Netherlands plays in the global dance music industry. In total 2,156 artists from around the world performed in 80 different venues at ADE 2013.

“The success of ADE and the health of the electronic music sector are inextricably linked,” says ADE director Richard Zijlma.”Dance music is currently in the process of conquering the world, with more and more countries and industries getting involved. Consequently ADE has become a global knowledge and business platform that the world, and the Netherlands and Amsterdam in particular, all benefit from. It’s not for nothing that dance music is now an important part of the cultural policy of the Dutch government.”

About ADE
In the past eighteen years ADE has grown into a globally renowned platform for the international dance and electronic music scene. The festival is the perfect place to spot the latest musical trends and emerging talents, as well as hear the most recent work of both electronic music pioneers and current superstar acts. In addition to the extensive live line-up of ADE Festival, ADE Playground offers music enthusiasts a large and varied daytime program including exhibitions, in store promotions, pop-up stores and film screenings, in locations all over the city center. The business arm of the event (ADE Conference) is recognized as the most important of its kind, presenting a broad range of conferences and networking opportunities that focus on music and technology, VJs & visuals, sustainability, harder dance styles, new talent and the education of students.

The ADE is organized by the Amsterdam Dance Event Foundation, an initiative of Buma. Official partner ADE: Samsung.