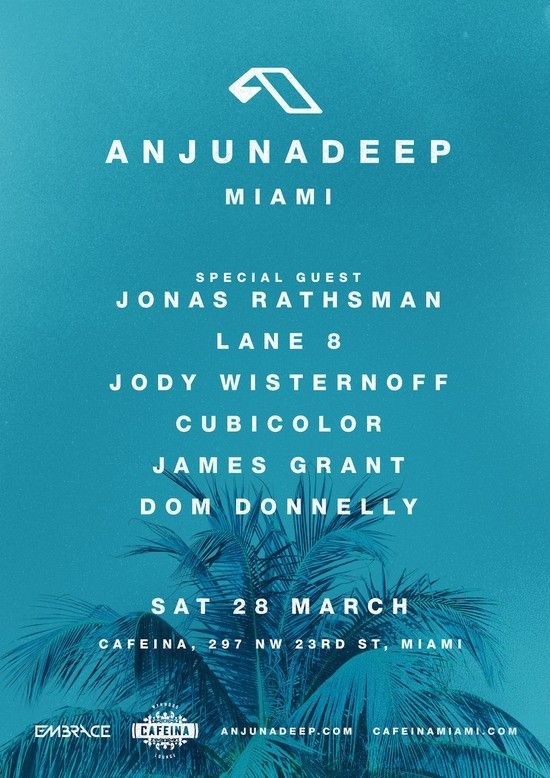 2015 has undebatably begun as the largest year in Anjunadeep’s history, boasting an 8-date tour that sold out nearly every show and over 6,000 total tickets. For its Miami edition, the label will return to Cafeina Wynwood for a second year in a row, and host an elite selection of label mainstays, Lane 8, Jody Wisternoff, Cubicolor, James Grant and Dom Donnelly, along side a very special guest, Jonas Rathsman.

Lane 8 has smashed his way into this year with a massive remix of Odesza’s “Bloom” that now has nearly 1.5 million plays on SoundCloud. Jody Wisternoff has just contributed a sublime mix to the Anjunadeep Edition series, as has James Grant and Dom Donnelly. Cubicolor’s ‘Magnum’ EP has been one of the label’s hottest releases of the year so far. Our special guest Jonas Rathsman has just dropped a massive tune titled “Wolfsbane,” that’s sure to become one of 2015’s biggest tunes.