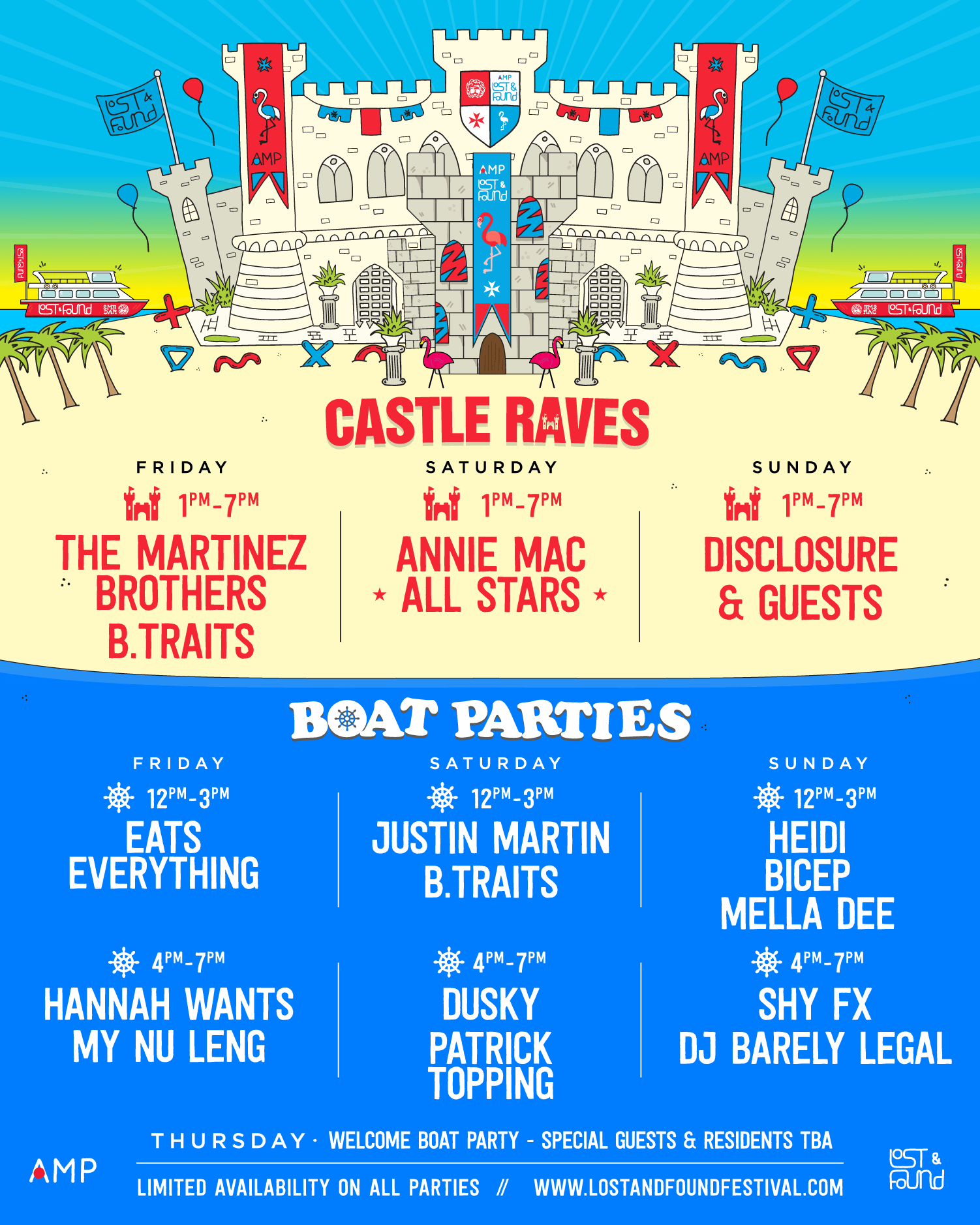 With its second edition just under 8 weeks away, Annie Mac’s Lost & Found Festival can now reveal plans to hold a series of spectacular castle raves that will take place across the weekend, as well as a host of boat party line-ups.

Situated on a stunning hill top that over looks the whole of Malta, the ancient castle will provide a one of a kind clubbing experience in a beautifully intimate setting – which will see festival curator and Radio 1 broadcaster Annie Mac  herself head up an ‘all star’ day party, as well as Disclosure, The Martinez Brothers and B Traits also confirmed to feature.

With further names such as Mark Ronson, Groove Armada, Julio Bashmore, DJ EZ and Stormzy also confirmed to play the Spring festival – plus a range of themed pool parties held each day – Lost & Found can now reveal an equally as exciting boat party schedule set to run twice daily alongside. Edible boss Eats Everything will head up Friday’s afternoon boat, with a bass-flavoured party confirmed from Hannah Wants and My Nu Leng. Delivering some party-ready techno for their takeover is Justin Martin and B. Traits, whilst UK talents Patrick Topping and Dusky, team up for their voyage – rounded off by Sunday boats with Heidi, Bicep and Mella Dee and a garage masterclass from Shy FX and DJ Barely Legal.

Already on course to make its return to the Mediterranean island truly unforgettable, Lost & Found festival’s varied event programme also sees an incredible night schedule held at Numero Uno, that houses an array of stages packed full of AMP’s trademark magic. With tickets moving fast, Experience Malta packages are still available for those wishing to secure their spot at a number of official party hotels and join the exclusive chartered flights to Malta.

Tickets for these extra day-time parties are limited and will be going on sale 9am Wednesday 3rd Feb.