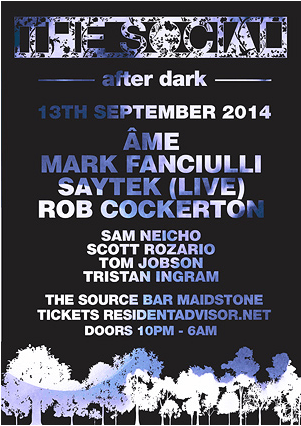 House and techno veteran Nic Fanciulli’s cutting edge dance music festival The Social have just announced their official after party to satisfy the hedonists not ready to call it quits after the festival. Taking place at the Source Bar Alleyway in Maidstone from 10pm until 6am, the night will feature renowned German act Âme and Maidstone local Mark Fanciulli. Both artists will showcase two sides on Saturday 13th September, one in daylight, and the other after dark.

Featuring some of the biggest, most respected tastemakers in dance music, The Social is now almost completely sold with all VIP tickets selling out in record-breaking time.