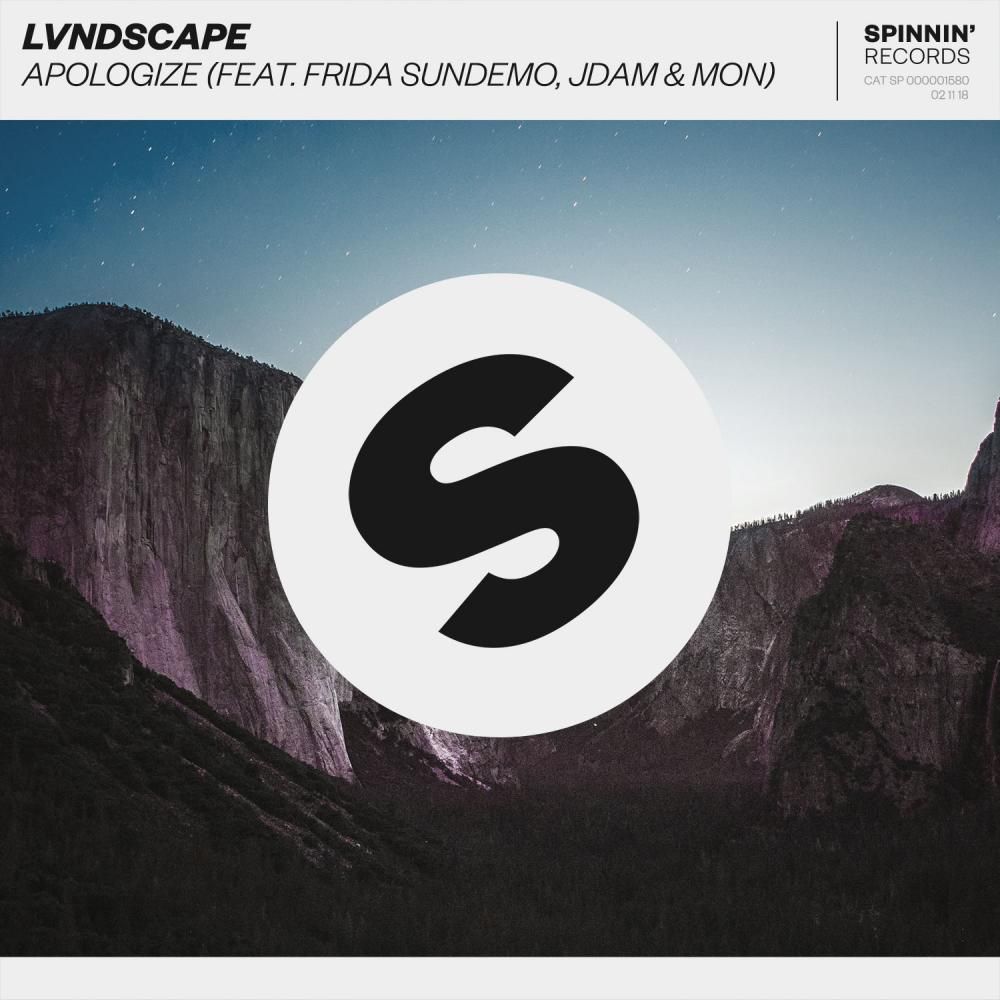 Dutch DJ/producer LVNDSCAPE has a reputation to uphold when it comes to delivering fresh, innovative records. Following several hit productions, including this year's massively supported Sam Feldt collab 'Know You Better', he now ends the year on another high, releasing the enchanting pop tune 'Apologize', featuring singers Frida Sundemo and Mon and hip hop artist JDAM in a star roll – officially out now on Spinnin' Records.

Unbound by genres, LVNDSCAPE aims for timeless beauty, packed into elegant originals and remixes, overflowing with melancholy and atmosphere. By now racking up millions of streams, the Dutchman has created the soundtrack of nowadays dance music with his records, including his hugely popular remix of Sander van Doorn's 'Ori Tali Ma' and the official remake of Bob Marley’s ‘Is This Love’ together with Bolier.

The latter was a joint release between Tuff Gong, Island Records, and Spinnin’ Records, fully supported by the Marley family and today counts over 105 million Spotify plays since its release in June 2016. In the UK the track was added to the A list of BBC Radio 1 and reached the top 20 of the UK single chart.

'Apologize'
And now, after an exciting year where he played key performances at Miami Music Week,Tomorrowland, ADE and tours throughout the world, LVNDSCAPE brings his ever evolving resume to a next milestone with 'Apologize'.

It's an incredible new tune, going wider than he's ever gone. 'Apologize' is a unique blend of LVNDSCAPE's trademark deep house sound with touching pop vocals by Frida Sundemo and Mon, while JDAM brings exciting raps to the table. The result is truly enchanting, as contemporary pop is taken to a whole new level by the hand of one of dance music's most innovative producers.

"This record started as a collaboration with singers Frida and Mon. They sang the beautiful and mesmerizing chorus parts. We had this laying around for a while, cause I felt like doing something special in the drop parts. When JDAM contacted me through SoundCloud for a collaboration I instantly knew this was meant to be. He absolutely nailed the rap parts and I’m super excited about this one!" – LVNDSCAPE