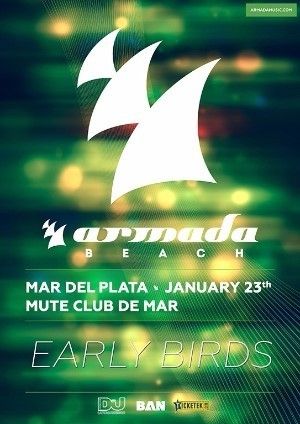 With numerous Argentinian and foreign festival fanatics jam-packing the previous edition of Armada Beach, a return to Mar Del Plata, Buenos Aires was only a matter of time. Just over one year after the previous Armada Beach event on January 4th, the all-embracing musical experience returns to Mute Club de Mar, once again bringing along various top-tier artists.

This year’s line-up still has mystery written all over it, but could very well be announced in the following weeks. Whatever world-class artists will be showing off their talents on the 23rd of January, the last editions have carved the way for the next slamming party. As of July 23rd, tickets can be ordered at http://www.ticketek.com.ar.