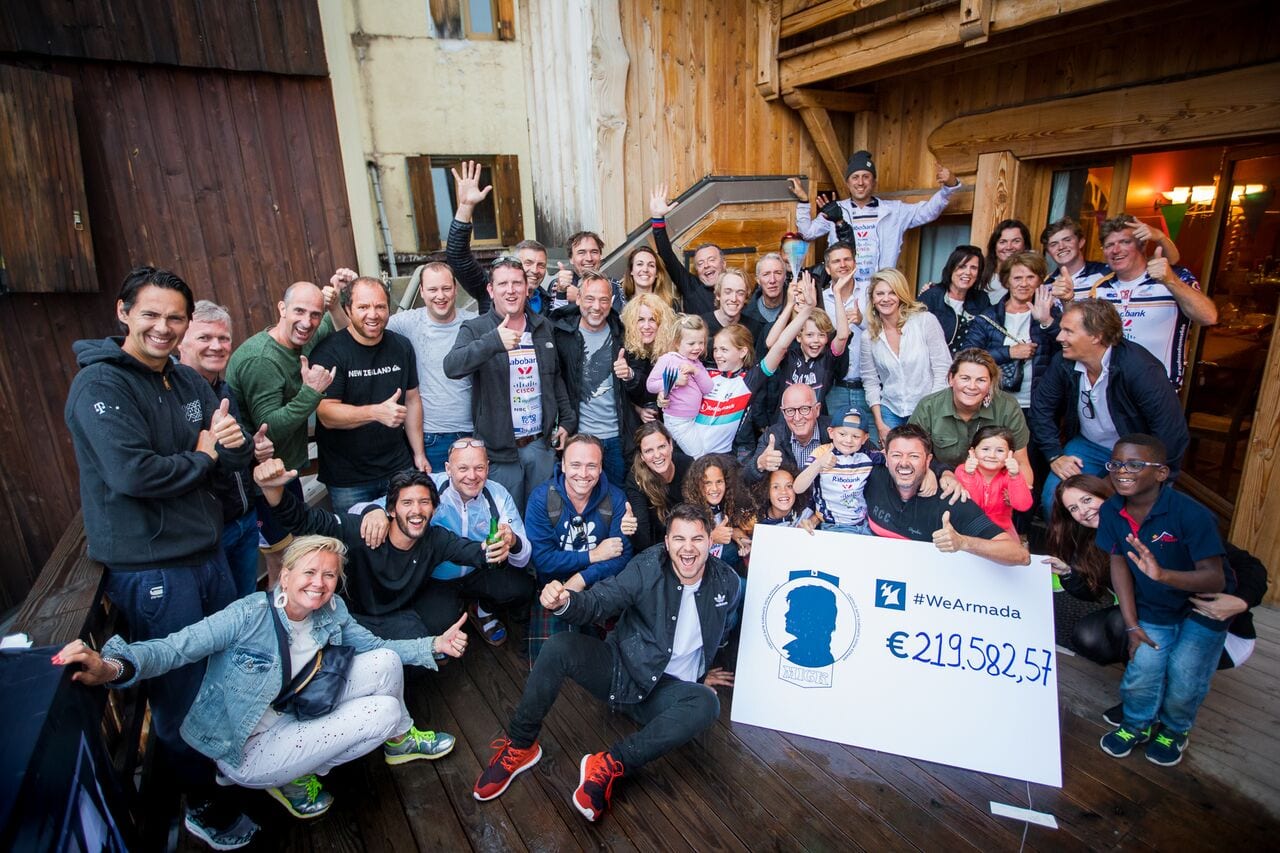 After raising €225,000 in donations for Alpe d’HuZes in 2017, Armada Music’s #WeArmada team will join the yearly fundraising event in the battle against cancer again this year. On Thursday, June 7, CEO Maykel Piron and the rest of the #WeArmada team (including two friends from independent Romanian record label Roton) will climb the Alpe d’Huez mountain to raise as much money as possible and help put a stop to the disease.

Alpe d’HuZes is a fundraising event in which participants climb the legendary Alpe d’Huez mountain either by foot or by bicycle up to six times on one single day. The proceeds are used to promote and support many different forms of scientific research on cancer, with the ultimate aim of controlling the disease, which will hopefully lead to a future where no-one has to die after being diagnosed with cancer.

The inception of the #WeArmada-Alpe d’HuZes team in 2017 followed a year in which the employees of Amsterdam-based record label Armada Music got to experience the terrible disease on a personal level. After Maykel Piron, the CEO of Armada Music, lost his father-in-law to pancreatic cancer in early 2016, his then five-year-old son Mick was diagnosed with Acute Lymphoblastic Leukemia (ALL). After the diagnosis, Mick immediately started his treatment, and he is now close to finishing all of his chemotherapies, which will go on till the end of July 2018.

Shocked by this terrible news, Maykel decided to assemble the #WeArmada team to climb the Alpe d’Huez mountain on June 1, 2017, aiming to raise as much money as possible to support the fight against cancer. Now, they rise up to the challenge again, hoping for your support: spreading the word and/or donating on the #WeArmada page.

Those who want to join the cause of the #WeArmada team by donating can do so here: https://deelnemers.opgevenisgeenoptie.nl/wearmada

All proceeds will be managed by KWF Kankerbestrijding and submitted to a separate fund: the Alpe d’HuZes/KWF fund. Alpe d’HuZes will use this money to finance research, projects and services beneficial to their cause.