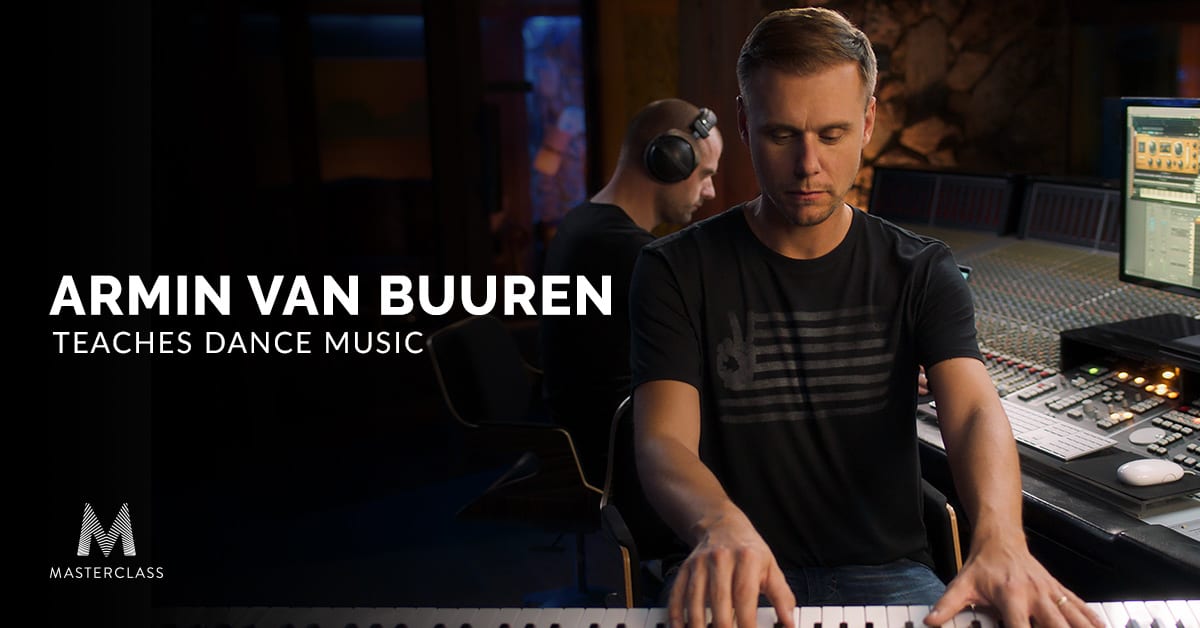 After giving budding producers and aspiring artists the chance to pre-enroll for several weeks, Armin van Buuren has launched his highly-anticipated masterclass on dance music today. Enrollment for Armin van Buuren’s class is available at the price of $90 for lifetime access, or $180 per year for the All-Access pass, which grants unlimited access to all new and existing masterclasses on masterclass.com.

Learn what it takes to become the best at www.masterclass.com/avb.

As one of electronic music’s most influential figures, Armin van Buuren offers students an intimate look into his creative and technical process as he creates a track from scratch during his masterclass. He shares many of the lessons he has learned in his twenty years as an artist about what it takes to gain a foothold in the ever-changing business of dance music and how to stay afloat. Aspiring producers will have unprecedented access to Armin’s insights as he breaks down his pillars for becoming a world-class dance music artist: production, performance and promotion.

Founded in 2015, MasterClass started with the idea that everyone should have “access to genius”. The premier online education platform provides affordable, engaging and inspirational online classes taught by world-renowned instructors, making it possible for anyone to learn from the best.