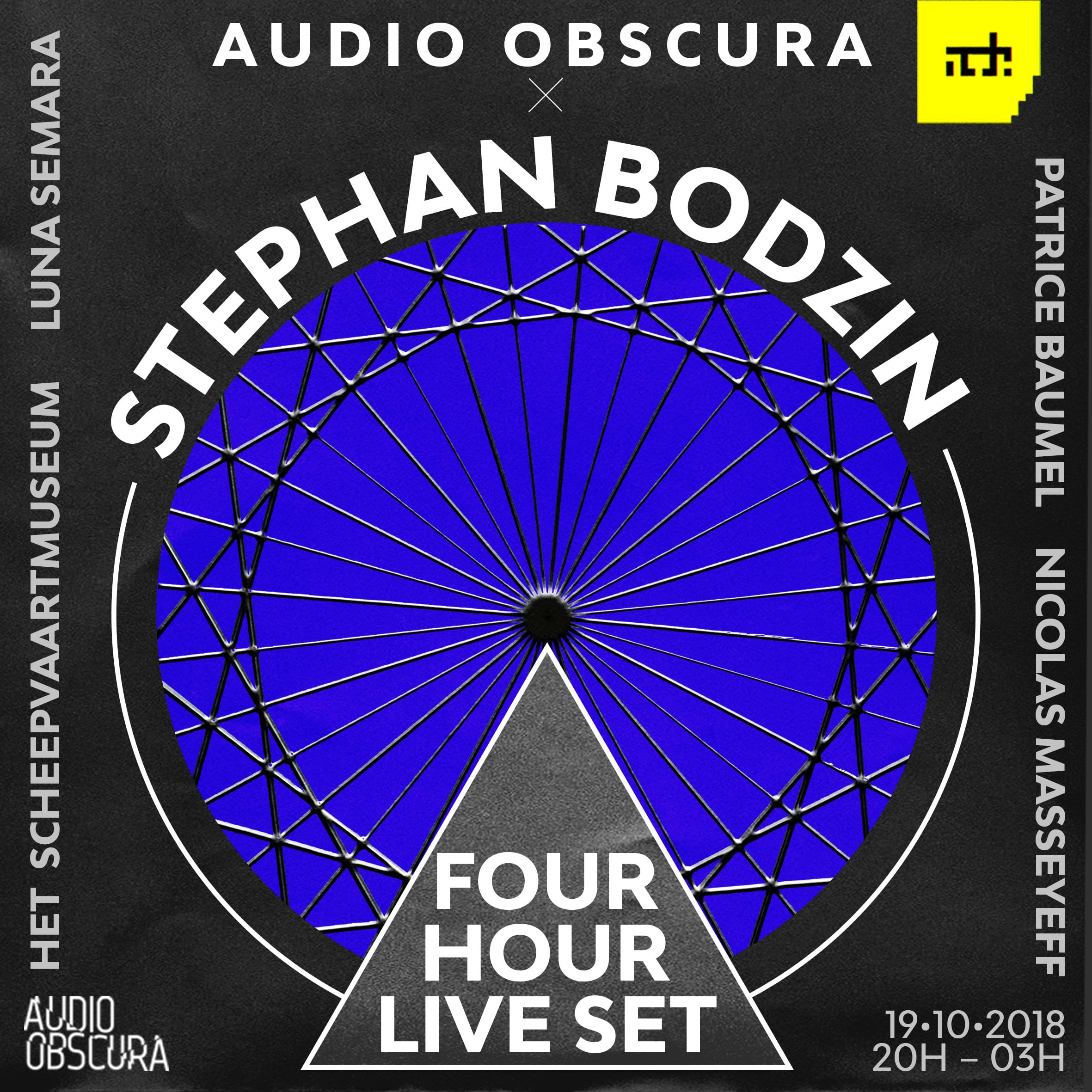 Besides bringing Joris Voorn and Charlotte De Witte over to play in Amsterdam Central Station during ADE, local party heroes Audio Obscura have now announced another event for the annual club festival. In keeping with their modus operandi, the event will once again take place at a spectacular venue that has never been used before during ADE.

Het Scheepvaartmuseum is the Netherlands’ National Maritime Museum, a stunning building in central Amsterdam with an open courtyard and superb architecture. On October 19, Audio Obscura will install a huge sound system and a top of the line production to transform the venue into a club-ready environment, with techno don headliner Stephan Bodzin stepping up for a special 4-hour live set for the first time in his hefty career.

A live set of this length in electronic music is a rare feat, but Bodzin has both the stamina and pedigree to go the distance, with a huge catalogue of melodic, minimal techno/electro productions to draw on. With four albums under his belt, dozens of originals and remixes for everyone from Depeche Mode to Pan-Pot and Tale Of Us, he shouldn’t have any difficulties finding some gems to play out.

Local hero Patrice Bäumel will be representing his hometown Amsterdam during this special event. Patrice, who’s had a great year so far with an amazing release on Afterlife and a jam-packed summer schedule has been a mainstay in Amsterdam’s nightlife for years and makes for the ideal local partner.

At the time of the event Het Scheepvaartmuseum exhibits ‘Sea of Tranquility’ by Hans Op de Beeck. ‘Sea of Tranquility’ is a total experience consisting of a fiction film without dialogue and an exhibition with an illuminated ship model, lifelike sculptures and furniture. The installation creates a dark and enigmatic image of a mythical cruise ship. Both the film and the exhibition show a vision of the future that evokes admiration and detestation.

The second area will be hosted by Nicolas Masseyeff and Luna Semara, with the party running from 8PM – 3AM. As always with Audio Obscura’s groundbreaking events, this is not one to sleep on.