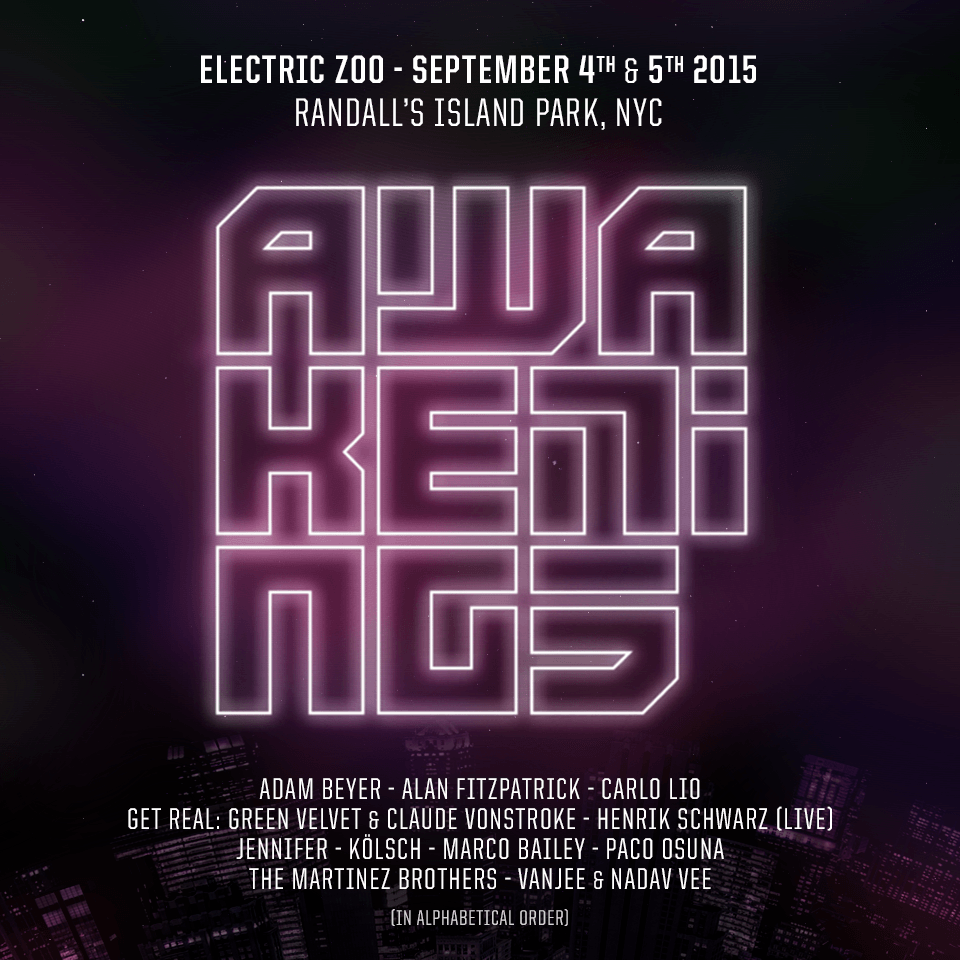 Since 1997, long-running outdoor music festival Awakenings in Holland has been the go-to destination for techno lovers around the globe.   On September 4 & 5, Awakenings will make its way across the Atlantic for its North American debut with a stage at ELECTRIC ZOO: TRANSFORMED.  Artists who will be marking the occasion as confirmed performers have been announced.

These artists represent a sampling of what Awakenings present at their massive flagship festival which takes place annually in June just outside Amsterdam.  At Electric Zoo, techno fans can experience the debut of Get Real, the pairing of legendary techno producer and DJ Green Velvet with Claude Von Stroke, a live performance from Henrik Schwarz and sets from mainstays such as Paco Osuna and The Martinez Brothers alongside newcomers like Jennifer and Kolsch.

For tickets and additional information on ELECTRIC ZOO: TRANSFORMED, log on to: www.electriczoofestival.com