Axwell / Ingrosso – Something New: Out now 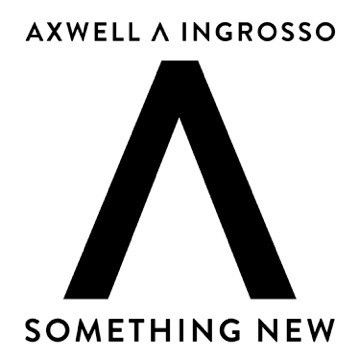 Axwell / Ingrosso – Something New: Out now

The duo of Axwell Λ Ingrosso, former members of the legendary Swedish House Mafia, have officially raised the curtain on their campaign with the release of ‘Something New,’ the first official single from their eagerly anticipated debut album as a duo, to arrive in 2015 on Virgin EMI in the UK and Def Jam Recordings in the U.S.

The full-length world premiere of ‘Something New’ took place as The Hottest Record In The World on influential BBC Radio 1 presenter Zane Lowe’s show, while music from ‘Something New’ can also be heard in the brand new, star-studded Beats by Dr. Dre #soloselfie campaign.

“‘Something New’ signifies a rebirth for Axwell Λ Ingrosso on the global stage,” said Steve Bartels, CEO, Def Jam Recordings.  “The incredible creative vision, social outreach, and cultural potential of this Beats campaign is a perfect match for  song of this magnitude. We’re excited to have Beats as an international partner on this groundbreaking single and important artist.”

The release of ‘Something New’ follows the arrival of ‘Can’t Hold Us Down,’ which premiered November 5th as The Hottest Record In The World on Zane Lowe’s show, and Essential New Tune on fellow BBC Radio 1 presenter Pete Tong’s show. ‘Can’t Hold Us Down’ was the first track to be heard from the upcoming Axwell Λ Ingrosso album.

Their previous band, Swedish House Mafia never released a full studio album, despite selling over 10 million records worldwide. (Two compilation albums were issued in 2010 (Until One) and 2012 (Until Now), on Virgin Records/Astralwerks.)