Backstage Chats from T in the Park 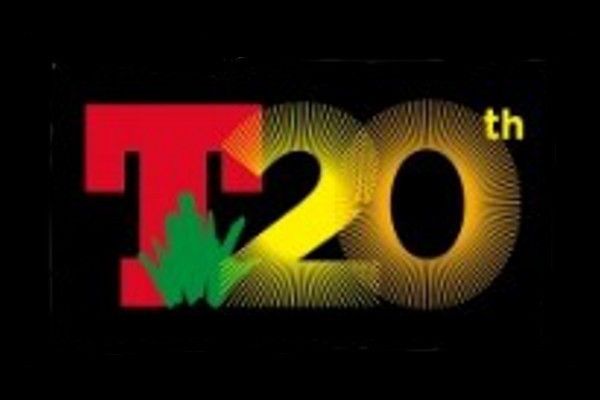 Backstage Chats from T in the Park

As the sun shone down on day 1 of T in the Park’s 20th year celebrations, here’s what some of the artist’s on Friday’s bill had to say:

MUMFORD & SONS
Winston Marshall (banjo): “I love coming to T in the Park for my haircut. Every time we’ve done it, Sarah-Jane in the artist area has cut my hair. She gave my first haircut in four years, the first time, cause I was always self-cutting it. She’s awesome. Love T. It’s awesome.

“The first time we played we were first on in the King Tut’s Tent, and we didn’t think anyone would come. And it was a good couple of hundred people. Which obviously in a massive tent is nothing, but we were like, ‘oh my God this is f*cking great.’

“And also, every time we play T we’ve got this amazing contingent of fans from the Highlands – from the Isle of Lewis. Those guys always come down and they’ve always got a big flag, ‘cause we’ve done a few tours up there. And they always come out for us. Love the Scots.”

“We’ve already done Glastonbury and the Queen Elizabeth Park in London this summer, but I’m a lot more confident about this than either of those two shows. ‘Cause we had such a good gig here last time we played. We were up against Eminem, and we were like, there’s no way anyone will come. But we had a f*cking great time.”

What were you doing in 1994?
“I was six, still wearing nappies. Was I into Lego? I think I’d moved onto Meccano mabye by that time. No, I didn’t make my first Meccano banjo, I was just f*cking about with it. Climbing trees? Not very good at that. If I was into music it was Spice Girls…”

JAKE BUGG
“T in the Park last year for me was an incredible gig. It felt like a real milestone. It was the first time I’d played a show where there had been that many people chanting my name and singing the songs. It was mad for me.

“And it feels mad to be back here already, to be honest, especially with how much the weather has changed. But I’m a bit apprehensive before the gig – but we’ll see how it goes. And that’s good energy – it focuses my mind. And I’m higher up the bill this year at festivals, and I feel like I’m really playing for my place. And if want to be even higher up next year, I’ve really got to put the work in play good shows this year.

“But T in the Park last year was definitely a turning point for me. And every time I’ve come to Scotland and played a show, the crowd’s been fantastic.”

What were you doing in 1994?
“I was just being born – I was four months old when T started, so not much. My memories of that time? Well, I can remember my third birthday – ‘cause I got a colouring book, and an ice-cream so that was alright.

“It’s been a pretty hardcore year – I’ve hardly any days off. It’s just festival after festival. But hopefully it’ll pay off, and also I’ve got a second record on the go. I’ve got about 18, 20 tunes, so I’m gonna have to whittle it down to maybe 12. The tracks are a bit longer this time but we’ll see how it goes.

“We’re playing a couple of new songs today – one we’ve played quite a bit, All Your Reasons and one that’s newer, Slumville Sunrise.”

THE PROCLAIMERS
This is the 20th T in the Park. The year the festival began, 1994, where were you?
Craig Reid: “We were in America that summer – three months touring Hit The Highway.”

Charlie Reid: “We first played T in the Park in 2001. We played in the King Tut’s Tent. Very, very scary because we’d not played any big big gigs for a long, long time. We’d done a few small gigs round Scotland, then went straight into T. And it was terrifying. The performance was pretty rough, I think, but it was one of the great moments for us. It was pretty much the start of our comeback.

Craig: “We last played three years ago, and it was great – Main Stage, Saturday afternoon.”

Charlie: “This year we’re opening the Main Stage. We reckon we’re testing the mics for everybody else. Make sure the PA works, then we let the rest of the acts get on with it!”
Craig: “We played Glastonbury last month – there just wasn’t enough PA and the vocals were a bit a quiet. But we still enjoyed it.”

Charlie: “But T in the Park is amongst the best organised festivals we’ve ever been to. It always works – we’ve always got onstage on time, get off on time, and everything’s gone alright. But some festivals are not quite as easy.”

Charlie: “None of our kids are here. They’re not interested in hearing The Proclaimers. They might come later for Mumford & Sons.

Charlie: “James Brown at his peak. Waylon Jennings. The Beatles, but I think they’re unavailable too…”

EVERYTHING EVERYTHING
Jeremy Pritchard (bass): “We have done more or less the same slot the three times we’ve played her in the last four years. I actually requested this slot this year – teatime, in the King Tut’s Tent – so we could go see Kraftwerk afterwards. I made everybody acquiesce to my wishes.

Alex Robertshaw (guitar): “Last time we had The Saturdays on after us, and this time we have Kraftwerk. So, we’re very happy about that.”

Alex: “This is my favourite artists’ area of all the festivals. It’s very mellow, and bands seem to meet each other here. Most other festival, people stay in their dressing rooms, their enclaves. But even when it’s pissing down with rain, people come out and say hello. There’s just something about this festival that brings that out in people.”

Jeremy: “I’ve just been watching the BBC Scotland documentary about T in the Park– it’s interesting to plot the headliner graph over the years…”

What were you doing in 1994?
Alex: “I was eight and I was playing Super Nintendo probably with my brother.”

Jeremy: “Impersonating Michael Jackson was my primary concern. I used to try and dance like him… this is really terrible and I’ve never told anyone this: I used to put yellow pants on over my black tracksuit trousers, ’cause in that period he was wearing pants over trousers! The superhero look! So I did that as well for a bit. But only ever at home…”

HAIM
Alana Haim (guitar, vocals): “Our sister Danielle played here two years ago with Julian Casablancas. She told us: top catering, top crowd.”
Este Haim (bass, vocals): “She also told us it would be muddy as hell – but look at this! I talked to Madame Weather and said, fu*k that, we’re bringing the sunshine from California. Save the wellies, keep ‘em at home this year. And, you’re welcome…”

Alana: “But we’re really excited ‘cause after we play we kinda have the day to ourselves till bus call – at 11! We’re gonna hang out and get stuck into the Irn Bru.”

What were you doing in 1994?
Alana: “I was three and a half, and all I cared about was colouring books and unicorns.”
Este: “I was eight, so this was me: ‘NO, MOM, I DON’T WANNA GO, I DON’T WANNA GO TO BALLET CLASS, I DON’T WANNA GO.’ I was a snotty little f*ck. I probably should have been smothered in my sleep. I don’t know how I survived. Our poor parents.”

How do you like T in the Park’s artists’ area?
Alana: “It’s like summer camp! At every festival we always meet one band we’ve always been a fan of – and here we’ve got to meet Phoenix. And we’re huge Phoenix fans. With every festival you gather new friends, so by the end of the summer, we’re gonna be super-popular.”

Este: “We’re playing right before Texas, and we love them, but I’m sure there’s gonna be way more Texas fans that Haim fans. But we love going in the crowd, so we’ll be in there right after we play.”

Wayne Sermon (guitar): “I was ten, so I’m the oldest in the group, so I was doing philosophical ponderings already.”

Daniel Platzman (drums): “I was eight, and I hadn’t even started playing drums yet I was playing violin. And wetting my bed.”

What did you know about T in the Park before you came here?
Dan: “Very famous festival – even in Las Vegas people know of it. We watched clips on YouTube, and we knew that the Scottish crowd was maybe the best crowd, the craziest crowd to play in front of  – very known for having crazy crowds. And the two times we’ve played in Scotland it’s been just that – crazy.”

Ben: “We really expected just a whole field of maniacs camping in the mud. But you know we have the sunshine, the dry ground – it’s a good day.”

Dan: “Our first gig here was in Glasgow. We had haggis pakora – so good!”
Dan : “We’re probably gonna get sunburnt at T too – I have Scottish blood in me.”
Ben: “And I’m Ben McKee right here! Scottish!”

What do you make of the backstage area?
Ben: “Awesome. Pristine. And we gotta say, the catering was delicious.”
Dan: “And there’s a giant massage tipi! And you can get a haircut! You don’t get that at other festivals.”