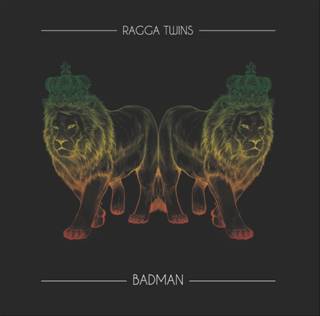 As a follow up to their powerful energy boost ‘Vigilante’, jungle duo Ragga Twins from Hackney are finally back with their new single ‘Bad Man’ and its exhilarating and trippy remix by the master of hardcore electro production, Skrillex.

With their work previously described as a “magnetizing sound experience” by music blog Music Talkers the two brothers Deman Rocker and Flinty Badman bring over 20 years of experience to the table. While their musical influences range from Prodigy to Shabba Ranks and James Brown, whom they had the pleasure of supporting on stage in the past, Ragga Twins are the quintessential prototype of the thrilling splash of madness that is jungle music.

Their new release ‘Bad Man’ is an electrifying track that, just like the previous single ‘Vigilante’, hits you like a mind blowing explosion of sound system enlightenment. Staying slightly more in line with their reggae roots, this invigorating tune keeps a steady balance between dancehall ecstasy and chilled out vibes.

Having cultivated a sound that draws upon influences from EDM, dub and hardcore, Ragga Twins have spread the jungle vibes across various media platforms since the 90s. Apart from playing the stages of Glastonbury and Bestival, the duo has appeared on Jools Holland, various documentaries and Steve Jackson’s show at Kiss FM back in the days.

The band’s success has steadily grown over the years and let them to cause road blocks in Burnley on the day they played a gig there or fans in Ireland chasing down the taxi they sat in. That hasn’t changed the fact though that Ragga Twins are two truly authentic and professional musicians whose passion for good quality tunes is a lot bigger than the strive for world stardom. In an interview with The Voice they said that “right now, jungle is a nice underground scene and [we] don’t think people within it are really bothered whether it goes commercial again or not.”

The single ‘Bad Man’ is out on 4th March on FatBack Records.