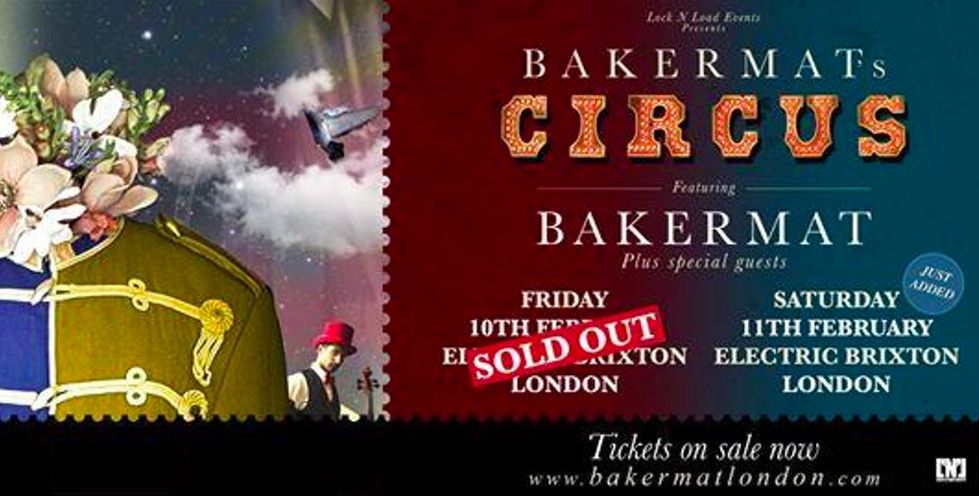 Bakermat, the Dutch DJ producer who hosts the Circus festival in Amsterdam, has added an extra UK date at Electric Brixton on Saturday 11th February, following his sold out show at the venue on Friday 10th February, creating ‘Bakermat's Circus Weekender’.

There are very few artists who have seen such an incredible rise in popularity in the last 18 months as Bakermat aka Lodewijk Fluttert. The 25 year old DJ & producer has become one of the hottest properties in dance music with this melodic house style capturing the imagination of thousands worldwide.

Following his international hit singles, One Day (Van Daag), Teach Me, and Living (feat. Alex Clare), Bakermat has built up a huge worldwide profile and reputation as a producer and DJ, which has led to his Circus events enjoying sold out shows from Amsterdam to London, Paris to Sao Paulo, as he invites handpicked guests to join him in some of the world's leading cities.