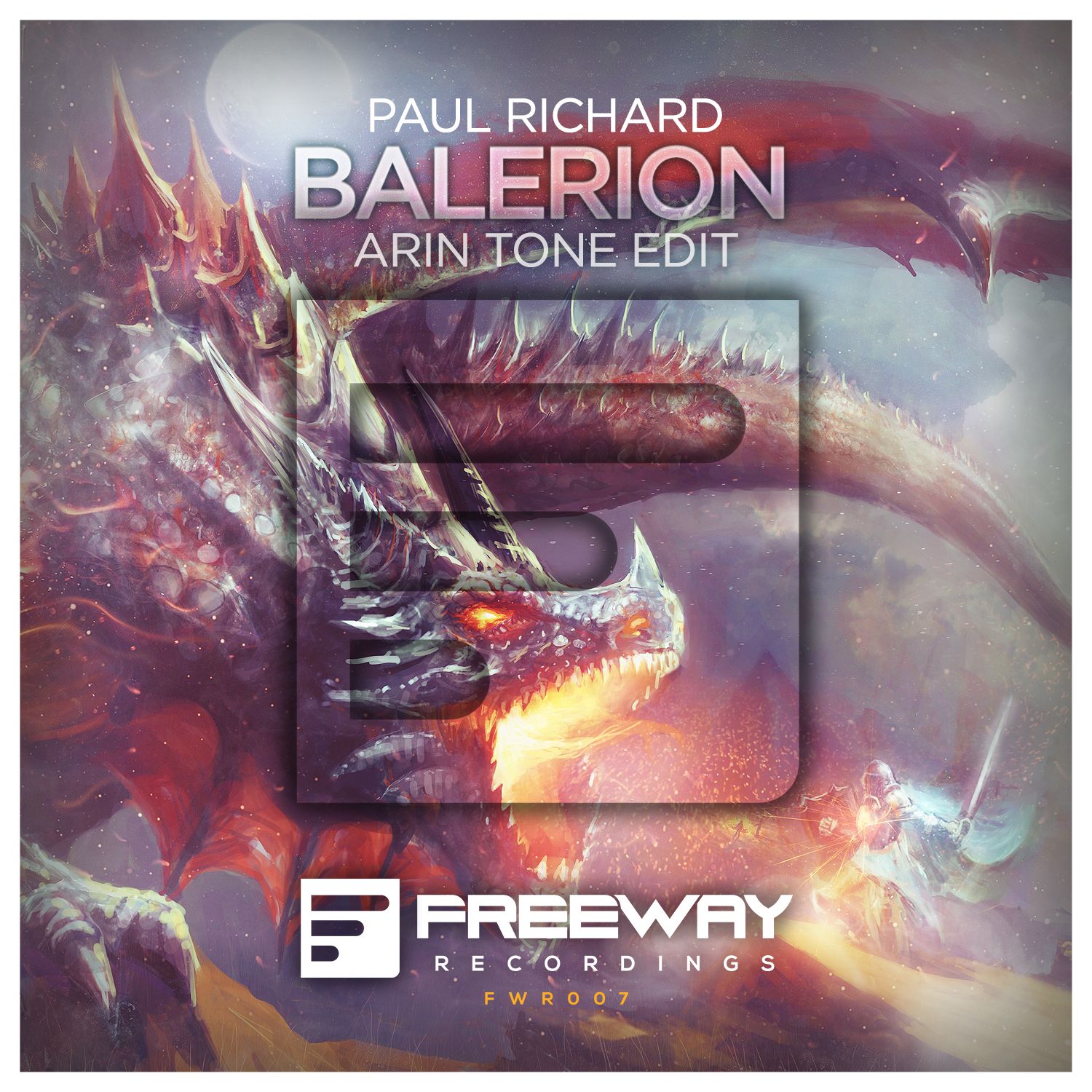 Paul Richard created Balerion with a fantastic thematic sound where you can feel the power and fire breathing of the greatest Targaryen dragon who ever lived. Balerion's last rider was Arin Tone, flying along his remarkable synths and movie FX, brings you to the Knights and dragons exciting adventures.

This progressive house banger is already the 7th release of Freeway Recordings in 2 months. After ‘Brothers’, ‘Hit ‘m Like This’, ‘Brand New Day’ and ‘Flux’ this could be the 5th charting track within this short period.

W&W premiered Balerion in their radio show Mainstage Podcast on the 8th of January. It didn’t take a long time before Tiësto, Yves V, Daddy’s Groove and Quintino did the same in their shows.

Paul Richard, aka Paolo Ricordo, is a very well known Italian DJ and Producer, and his fame crosses the Alps. Getting a minor boost with his international tour "Massive In Miami", named up from the Florida capital of the nightlife, which influences Paul pretty much.

His official remix of Sheppard’s “Geronimo”(2014) received good feedback from good names as Daddy’s Groove and Alex Guesta. The Sheppard are one of the revelations of that year. "Geronimo", their first single, was the most played song for several weeks in Italy, also topping iTunes, Spotify and Shazam. The band, in cooperation with Universal music, reached out to Paul Richard to produce an international remix of their hit song. Paul Richard has produced a remix with his taste and the typical Electro House sounds that stormed festivals and clubs worldwide. The band, when coming in Italy for their first concert (November 2014) wanted to meet Paul to congratulate on the superb work done.

Arin Tone is a young talented DJ and top skilled producer from the Netherlands and hes definitely one to watch. Even though he is only 23 years old, Arin Tone has been producing music for a long time, fully dedicated for the last three years. He is also a ghost producer, involved with international projects related to top 10 and top 20 DJ’s on DJ Mag, Dutch pop acts and some of the most important shows in the US, including EDC Las Vegas. He has already made it into the Beatport top 100 with some of his releases and has been supported by Hardwell, Afrojack, Nicky Romero, Dannic, Tiësto and Martin Garrix among others.

After almost three years of daily hard work in the studio, mastering the art of producing dance music and creating his own ID sound, he is ready to take over the DJ booths and show the world what he has got. In 2015 he released 'Collage' at Protocol Recordings, ‘Western’ on Freeway Recordings and he has an array of twelve original tracks to be released in 2016, which will definitely be his year.