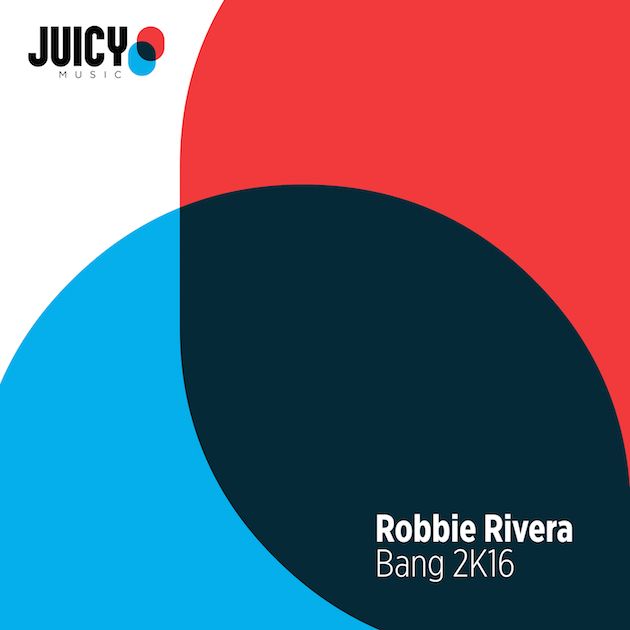 Back in the year 2000 Robbie Rivera became a worldwide-known artist with the track 'Bang'. The single was released on multiple labels across the globe and sold over 250,000 vinyls and CD singles. 'Bang' reached Number 13 on the UK National Chart and was on rotation on major FM stations around the world. At only 26 years old, Rivera was invited to make appearances on the UK's most important TV shows such as Top of the Pops, MTV Live, The Pepsi Chart Show, BBC Entertainment News and the morning show, The Big Breakfast. Fast forward to 2016 and Robbie Rivera has a Number 1 track on Beatport with a remake of his classic track 'The Funkatron' and now Juicy Music is proud to release the new version of 'Bang' on June 10.

Keeping the original piano riff and vocals, Robbie has added a vocal snippet and his emblematic tribal house beats to create the updated 'Bang 2k16', which has already seen support from Bob Sinclar, Pete Tong, Kryder, Dimitri Vegas & Like Mike, Don Diablo and more. 'Bang 2k16' will also launch Juicy Music's fresh new look as Robbie moves on to the next step of his illustrious career. Make sure to pick up this fresh summer tune now on all digital retailers!