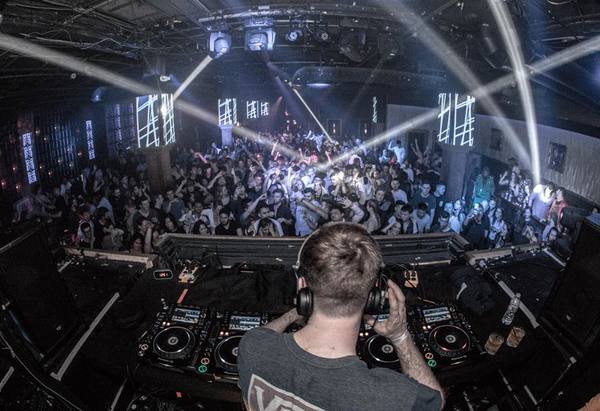 One of the most prolific and acclaimed electronic producers of the last few years, Chris Lorenzo will be embarking on a nationwide UK tour this autumn, playing all-night sets that will allow him to explore his musical roots, passions and influences as never before.

Chris Lorenzo’s rise to the upper echelons of the house and bass scene is one of electronic music’s more notable success stories. Widely acknowledged for pioneering a sound that has become increasingly prominent throughout the UK, US and many other parts of the world, Lorenzo’s flawless production and high-octane DJ sets have earned him a fanatical and ever-growing global following.

But while he is most widely associated with the bass scene, Lorenzo’s musical tastes and influences go far deeper. Playing extended sets at every date on the You & Me tour, you can expect to hear a huge range of electronic music over the course of 6+ hours, from vocal-led house and techno, to garage, bass and everything in between.

“My trademark sound is born out of all the influences and genres I’ve experienced over the 10 years of my career, from house and disco to UK garage and bassline through to dubstep, dnb and the tougher side of things.

“I wanted a platform where I could have more room to express myself as a DJ and take the clubbers with me across my musical journey. The ‘Me & You’ tour is about just that: just me and the ravers going on a journey together from open till close.” Chris Lorenzo

For more info and tickets, head to www.chrislorenzomusic.com