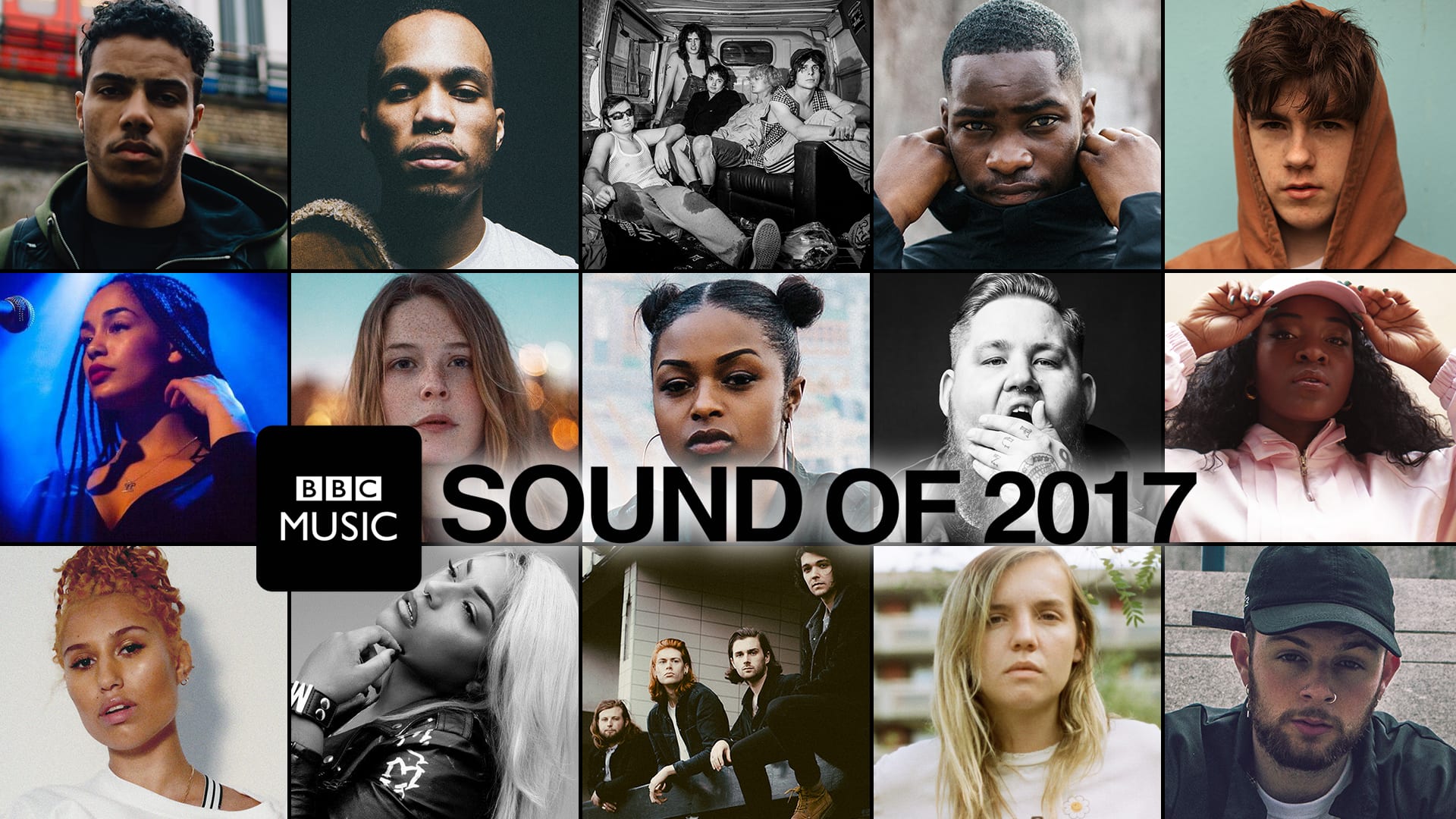 The top five will be revealed in January on BBC Radio 1, counting down one each day from Monday 2nd January with the BBC Music Sound Of 2017 winner announced on Friday 6th Januaryon Clara Amfo’s show.

The list was started in 2003 and has a history of predicting the acts that will make it big. Last year’s winner was British singer-songwriter and multi-instrumentalist Jack Garratt, whose debut album ‘Phase’ charted at No. 3 in the UK album charts. Other previous winners include Years & Years, Sam Smith, HAIM, Ellie Goulding and Adele.

Several artists on the list have been supported early in their careers by the BBC, including Manchester based neo post-punk band Cabbage who have played on 6 Music and BBC Introducing this year and Ray BLK who has performed in the 1Xtra live lounge and recently was Annie Mac’s Hottest Record In The World. As well as The Japanese House, the cool electronic pop sound and mastermind of twenty-one year old artist Amber Bain who made her debut live appearance in a Radio 1 session and Pop musician RAYE who amazed the crowd at the BBC Introducing stage at The Great Escape 2015 and MistaJam’s Radio 1Xtra show world premiered her new track ‘Ambition’.

Other artists on the list include singer-songwriter Declan McKenna who won the Glastonbury Festival's Emerging Talent Competition last year, the multi-faceted female rapper Nadia Rose who has opened shows for Busta Rhymes and featured on Radio 1Xtra’s playlist. Hip-hop meets blues meets soul in singer-songwriter Rag ‘n’ Bone Man who has performed live several times for the BBC including in session for Jo Whiley’s Radio 2 programme and on BBC Two’s Later… with Jools Holland, is also on the list.

International artists on this year’s list include American producer, song-writer and performer Maggie Rogers, who stunned Pharrell Williams at his Masterclass with her mixture of folk and electronic music and Californian singer-songwriter, rapper, producer and drummer Anderson .Paak, who gained worldwide acclaim after featuring on Dr. Dre’s ‘Compton’ album.

The BBC Music Sound Of 2017 long list in alphabetical order:

BBC Radio 1 DJ’s Huw Stephens and MistaJam will announce the top five acts, counting down to the winner, live on Clara Amfo’s show each day. The top five acts will be announced each morning from 2nd January and simultaneously on the BBC News website and BBC Music Sound Of 2017 website.

BBC Radio 1, 1Xtra, 2 and 6 Music are in a unique position to be able to do more than other stations to discover and provide a national platform for new talent, and have supported many of the acts in this year’s list. This is through initiatives such as BBC Introducing shows, festivals and live sessions as well as inclusion on their varied playlists.

Chris Price, Head of Music, BBC Radio 1 and 1Xtra, says: “The BBC Music Sound Of panel, always the broadest and most objective list of new music tastemakers assembled each year – which now includes international voices too – has delivered yet another exciting and diverse list of new and emerging talent to look out for next year. These are the names that will capture the imagination of music lovers the world over in 2017, and I'm delighted to say that every single one has already received significant support on Radio 1 and 1Xtra, both in evening and daytime shows. They join former winners – and now household names – such as Adele, Ellie Goulding, Sam Smith and Years & Years, continuing Radio 1 and 1Xtra's commitment to discovering and breaking new talent on the global stage. Judging by the crop of talent on this year's long list, there's no shortage of future stars to choose from."

Bob Shennan, Director of BBC Music and Radio says: “The BBC’s commitment to developing new talent goes to the very heart of our public service purpose. BBC Music Sound Of, as well as BBC Introducing, are increasingly important ways that music lovers can make sure they are immediately across the musical superstars of the future.”

MistaJam, BBC Radio DJ says: “The BBC Music Sound of 2017 longlist shows that next year is already shaping up to be a big one filled with amazing music from homegrown talent that are already being supported across Radio 1 and 1Xtra. From the driving rock of The Amazons to Dave’s 18-year-old inner city street tales via Maggie Rogers’ Folk meets Electronic soundscapes; the list shows the breadth and quality of what we can all expect next year.”

Azi Eftekhari, Head of Music Content Partnerships at YouTube and Google Play says; "BBC's Sound Of has become the definitive yearly list of new talent, and it's always an honour to contribute. It already feels like 2017 is going to be a very special year for new music and I'm looking forward to seeing what the year holds for all the artists on the long list.