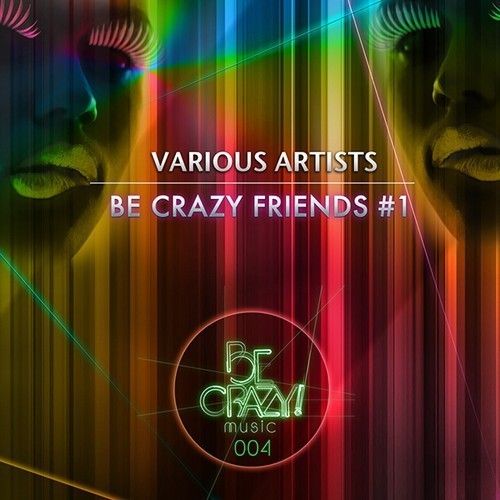 Fresh from the Be Crazy Music nest comes a four track EP crammed full of vibrant tech and deep house tendencies from some of the label’s recently signed talent and a seasoned veteran. ‘Be Crazy Friends #1’ features a fresh-faced roster of names including Third Harmony, Carlos Pulido & Lopezhouse, PachangaStorm alongside Italo-German DJ, Jean Claude Ades and arrives on October 25.

Skimming through the crevices between tech and deep house, the EP hosts two tracks from up and coming Spanish producers Lopezhouse & Carlos Pulido, who have fashioned releases for Left’d (Leftroom), JETT, Sintope and SOUNDZ respectively. “Waves Eat The Sand” is about as calming and tropical as its title might suggest where fluttering synth touches drift over a driving bassline. The duo enlisted singer Angela and formed Third Harmony for “Fears And Dreams” which adds beautiful vocals to the already colourful, unique soundbed that they create.

To date Jean Claude Ades has sold over 1m records and has released on a variety of cool independents such as Nervous, Great Stuff and Suara. He has enjoyed great international success with tracks such as ‘Someday’ and ‘Shingaling’ that have frequented the #1 spot on Beatport as well as establishing his weekly residence at the glamorous Ushuaia Tower, Ibiza every Wednesday with the Be Crazy Music family.

Derived from the Latin term ‘Pachanga’, meaning ‘the party’, the main crew behind PachangaStorm are Bruno Pachanga (DJ / Production), Simon Storm (DJ / Production), Lennox (Head of Production) and Marco Rocchi (Production / Marketing / PR). They all grew into electronic music and influenced by various directions such as Funk, Soul, RnB & Hip Hop, as well as EBM and Wave of the 80s and 90s until today.

As for Carlos Pulido & Lopezhouse, the pair have been unleashing enviable cuts of deep house since 2011. Having previously worked apart, their joint force attracted the attention of many when they broke into the scene with their master piece “Mesías” released by Sintope Digital label, NTFO´s.