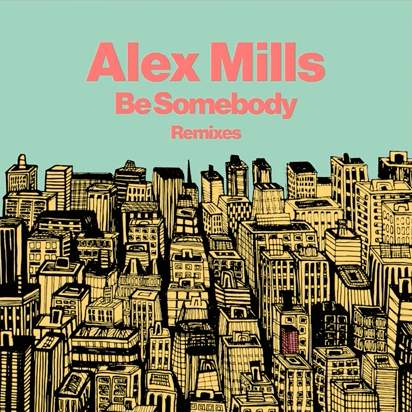 British songstress Alex Mills first joined the Ultra Music family with last summer’s collaboration alongside Hot Since 82 “The Core,” and now she returns with her debut solo release “Be Somebody.”

A tribute to Ruffneck’s 90s house classic “Everybody Be Somebody,” Mills’ voice cascades over the radio-ready record’s simplistic piano chords and kaleidoscopic synth pops. The track’s music video follows a vivacious dancer twirling around the streets of New York – prancing through subway cars, shimmying down bustling blocks and soaking up the energy of the city that never sleeps.

The budding vocalist has worked with a slew of notable artists in the past, ranging from heavyweights like Basement Jaxx and UK grime pioneer Wiley, to underground heroes like Lee Foss and Chris Lorenzo.