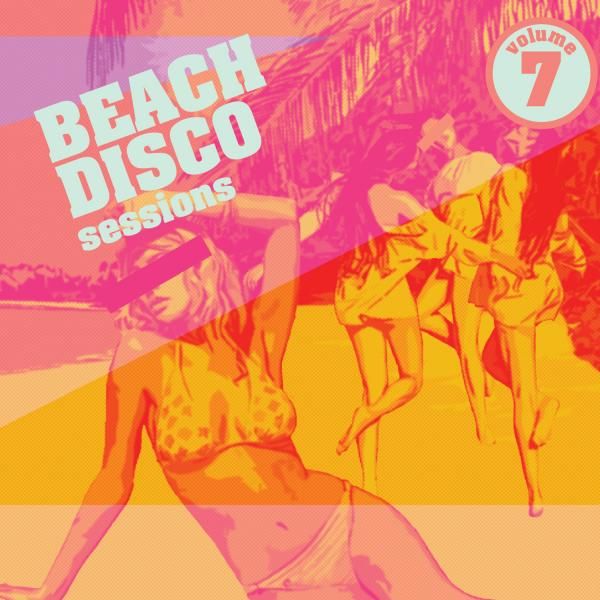 Summer 2016 and its time for the seventh annual trip to the beach with your favorite Nangster crew. This time sailing the ship is San Francisco resident and all round top producer chap Aimes. He has spun a web of summer disco beach tunes to get the sundown grooves deep, long and funky.

First up "Spyboy" from the Korvids. They get the groove going with funky brass, jazzy Rhodes and Isley brothers style summer breeze fuzz guitar. Mysterious Englanders 1Blip2 are next up with our man Aimes debuting his shimmering nu disco rework of their brooding "Onka" track. It can be summer in Siberia too you know!… and just to prove it Kim And Buran serve up the sun-drenched synth funk of Running On The Waves. Things get lurrrvely with Sare Havlicek and the Barry White throated OD Hunte and their rolling beach synth-funk before JMRS and Ride Front Man Andy Bell mix the 90s indy rock with a Balearic groove.

Aimes delivers a second premiere with his stomping "Olas Altas" before we head off for a spot of dreamy 80s inspired melodic synth with "Stargazing" from Moon Mood. Dagfest "I Got The Feeling" samples a little known 70s funk gem from James Walsh. Italian remix meister DJ Rocca turns up the dance floor groove with his slick re-rub. We then head off to South American with Future Feelings and their superb floor led "Find Out" (Irregular Disco Workers on a first class remix). Madrid based Rayko is next with his electronic disco dance funk Why?

Next, we mix things up with UK based Situation featuring Andre Espeut "Stay With Me" getting a smooth floaty dance rework from Russian based 5 Reasons. It is then off to the Canary islands for Nang favorite Ilya Santana to debut one killer new track from his future LP. "Hammerhead" is big grooves, big guitars and big funk with Italian wonder worker Tobor on the remix. Bestinspace "Freedom Ltd" gets the Pete Herbert treatment next with it space funk groove.

It is off to Italy for Disco legend Beppe Loda next with his Egotrya project and his sweeping 80s analog synth pads in his "Volcano" epic. Folano "Begin" is next with Sportloto smooth pads and melodic chords working over a solid disco groove. Sheffield residents Hiem return with their zany "Lions Cheetahs Enforcers" with Siberian groovers Kim and Buran on the remix case once more. We close up with a slice of lazy guitar-drive yacht groove from San Francisco based Sorcerer and his shimmering "Video Magic".

The best of summer nu disco groove distilled down to one mix. Nang out friends.