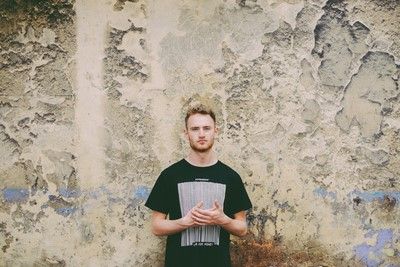 Prodigious 20-year old South East Londoner Tom Misch releases Beat Tape 2 today through his own label Beyond The Groove. The project is a soulful extension of the themes explored on Beat Tape 1, this time featuring a host of collaborations including Carmody, the beautifully delicate soulful singer who just happens to be one of his friends older sister; fast-rising wordsmith, Loyle Carner and Melbourne native Jordan Rakei, who since striking a friendship up with Tom online, has taken the plunge and moved from Oz to East Dulwich himself.

Beat Tape 2 follows a string of well-received releases since its predecessor Beat Tape 1, including his Out To Sea E.P with Carmody, a white label release on hip-hop label Soulection, collaborations with the likes of Bearcubs and reworks of Mos Def and Busta Rhymes.

On Beat Tape 2, Tom has evolved his sound from its origins in Boom Bap hip-hop stylings of producers like J Dilla to encompass his diverse range of influences. Tom’s music finds the sweet spot between electronica, hip-hop and acoustic, predominantly linked by a single quality: soul. “It’s about the feeling you get from the music that makes it soulful, and for me that comes down to the chords. If it’s a nice, soulful chord progression that’s what makes it soulful and gives you that warm feeling. A lot of Gospel music, J Dilla, Erykah Badu and Jazz – I find that very soulful. That’s what I listen to, so I guess that comes out in my music.”

Tom’s success thus far can be partly attributed to the dedicated fan-base he has built single-handedly, evidenced by his +75k following on SoundCloud and the frequency with which he reaches the Hype Machine top five. His most recent, Hype Machine topping singles Sunshine found him an eclectic array of supporters – from one of YouTube’s biggest dance music channels, Majestic Casual, to the likes of Zane Lowe, Annie Mac, Huw Stephens and Clara Amfo on BBC Radio 1.

Tom finds himself at the centre of a cluster of new London artists who share his sensitive, soulful, deeply melodic and emotive approach to music. With plans afoot to put a full live band together and the first tentative footsteps being taken towards recording a debut album proper, expect to be hearing loads more of Tom from now on.