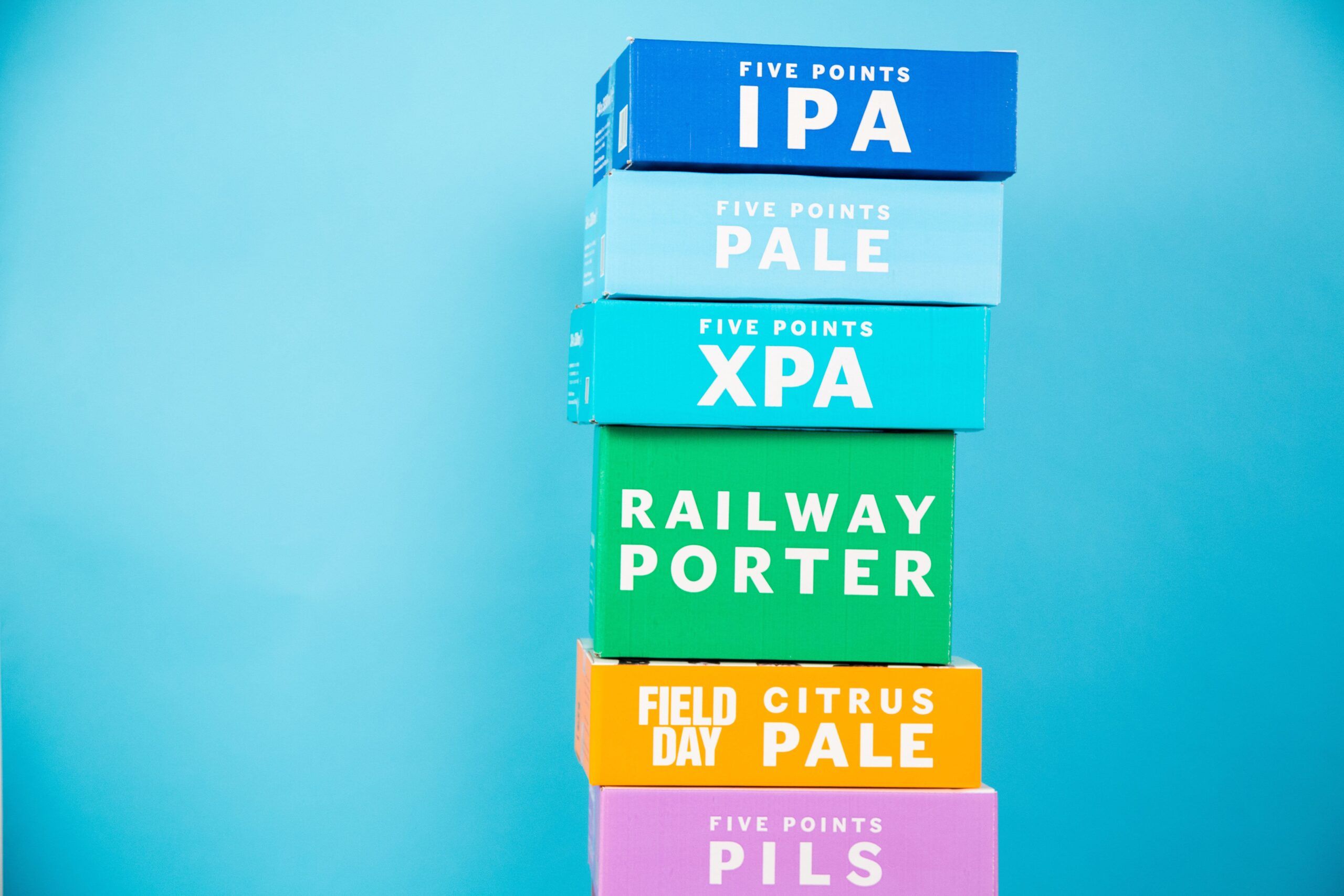 The Five Points Brewing Co, an independent craft brewery in the heart of Hackney is launching its first round of crowdfunded investment on Friday 9th March, offering the general public a chance to become a Five Points Funder and receive shares in the business. The funds raised will be used to meet growing demand, accelerate growth and bring everything back to where it all began; the brewery based on the landmark ‘Five Points’ of Hackney.
The crowdfunding campaign will be live on the Crowdcube platform with a target to raise £750,000 of investment. The capital will be used to open the first Five Points Taproom at the iconic Pembury Tavern, as well as investing in state-of-the-art new brewhouse equipment and fermentation tanks which will triple production capacity volume, and which they hope will allow them to meet their ambitious plans to increase sales from 2 million to 6 million pints a year (34,000 hectolitres). A new research and development brew-kit at The Pembury Tavern will be used to develop new recipes and research innovative brewing processes.

The fundraising will also mean investing in their growing team as well as expanding UK distribution and developing their growing export business. The Five Points Brewing Co was founded by two local Hackney residents who have always strived to invest in their local community as well as their business. The Five Points was the first brewery in the UK to be an accredited Living Wage employer, sources electricity from 100% renewable sources and helped set up an apprenticeship scheme for young, aspiring brewers at Hackney Community College. This is what the Five Points team have continuously aimed to create; tasty beer brewed with the highest standards of quality and a company ethos which is accessible and inclusive to everyone.

Co-Founder and Managing Director of The Five Points Brewing Company, Ed Mason, comments, “We founded The Five Points in the heart of East London with a commitment to the community, and the prospect of inviting the community to join us on our journey is really exciting.  What we love about crowdfunding is the ability to welcome on board 100s, maybe 1,000s of passionate beer lovers who will be literally invested in the success of our company”.

The decision to seek investment comes as the brewery is struggling to keep up with high demand. They reached capacity in late 2016 and have since been brewing some of their beer with an independent family-owned brewery in Belgium. This investment will enable the brewery to treble production capacity in Hackney and bring back all brewing production to London. Crowdfunding will also allow the Five Points to open their first Taproom, allowing this long-cherished ambition to become a reality.

In speaking on the Crowdfunding Campaign, Ed Mason, said “Investing in the company now will give us the resources to really take Five Points to the next level. We opened our brewery in the heart of Hackney, in 2013 with a simple ethos; to brew modern, flavourful, accessible beers with integrity, and we are delighted that our beers have become a staple of taps and shelves across London.  We believe that we have the potential not just to cement our position as one of London’s favourite brands, but to become a truly national brand.”

“Crucially, as we grow the business into a truly national  craft beer company, we will continue to give back to and support the community. We will remain a proud London Living Wage payer, continue to invest in our  apprenticeship scheme for trainee brewers, and support local charity and arts projects”.

As part of the crowdfunding campaign, The Five Points is offering a number of exclusive rewards for investors, ranging from free birthday pints, to up to 25% discount in their taproom and online, and exclusive shareholder invites to brewery recipe development and hop-picking experiences – to investors receiving shares in the company.

The minimum investment is just £10.

The campaign will run for 30 days from Friday 9th March.