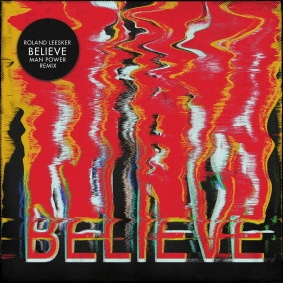 Hot on the heels of the huge original single by Roland Leesker, Get Physical now serve up an equally essential remix of ‘Believe’ by Man Power.

UK mainstay Man Power is the ever hard to predict DJ and producer who can do raw machine disco, lush house and plenty in between. His well curated Me Me Me label is equally eclectic yet on point, and the North-Easterner now follows up releases & remixes on DFA, Correspondent, Futureboogie & Skint with a notable debut on Get Physical.

His terrific take on ‘Believe’ is a pure party-starter with big chord stabs and serene Detroit pads making for a high class and perfect techno vibe. The vocals are smoothly woven into the futuristic track as it surges ever higher on a nimble bassline that is going to make a massive mark this summer and beyond. This single also comes with the original version.

This is another standout remix that cannot fail to get hands in the air.