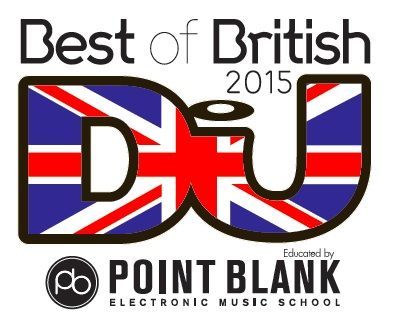 DJ Mag’s Best Of British awards is where you’ll find the UK’s future dance music stars and the hottest electronic music talent of the moment.

While the magazine’s famous Top 100 DJs Poll (the world’s biggest music poll) is the yardstick for the biggest international names, DJ Mag created the Best Of British awards to shine a light on the wealth of talent from the UK. Best of British is the annual set of accolades that focus exclusively on UK dance music, and there have been a significant number of emerging artists in the past that have subsequently gone on to become global stars.

This year, the organisers have agonised and debated, and finally come up with the nominations for the 2015 Best Of British awards. The nominations are a mix of firin' old and new names that have been making waves over the past 12 months.

Voting for this year’s BoB awards runs until Monday 7th December. Once all the votes are counted and verified, there will be a whole raft of awards presented at a special star-studded Best Of British awards party on Wednesday 16th December at Heaven in London.

Dance legends Leftfield will be performing an exclusive DJ set at the show, and a number of top-flight DJs are preparing to rock the joint too. VIVa Warriors man Steve Lawler will be playing a special set, and top flight DJs, Yousef, Breach, Alan Fitzpatrick, Eli & Fur, and Tim Green will also be making guest appearances. Nocturnal Sunshine and Special Request, the alter egos of top names Maya Jane Coles and Paul Woolford, are also confirmed, and emerging talent Jasper James, Sam Divine and Weiss will also be playing on the night.

Special guests are drum & bass legends Fabio & Grooverider, who will be returning to Heaven nightclub where they helped forge a proto-drum & bass sound at seminal night Rage back in the early '90s.

A second phase of DJs has been announced including Ashworth, Asquith, Kiwi, Krankbrother, and Mr Beatnick. They will be joined by the winner of the ‘Best British DJ’, and ‘Best Breakthrough DJ’ categories, with more guests to be announced.