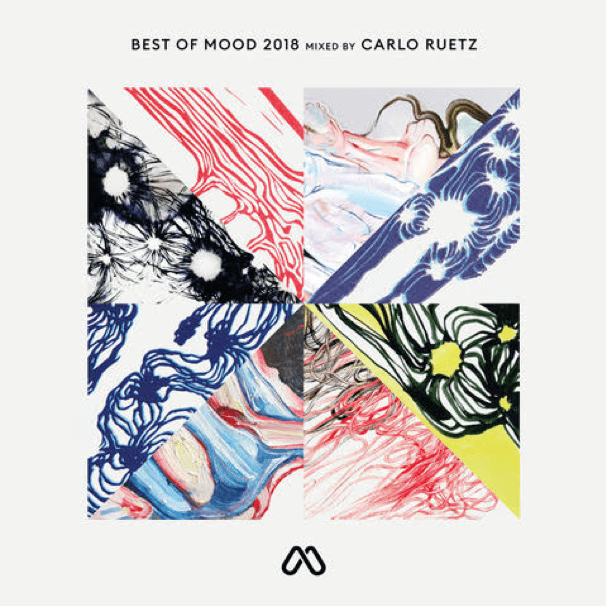 "Carlo Ruetz is a hard working talent from Germany that I’ve had my eyes on for many years; his releases can truly do no wrong. We welcomed him to the MOOD family with his ‘Stormer’ EP in June and he also joined me at MoodZONE at BPM Portugal earlier this year. So naturally I've selected him to help me compile and mix the Best of MOOD 2018 because I knew he would deliver an impressive mix showing his dedication to the craft." – Nicole Moudaber

Opening with Wigbert’s “Moonlight,” the nine minute acid saga builds until the rattling percussive beat ofStephan Hinz’s “Conspiracies” takes the lead. Teaming up for their MOOD Records debut, Italian techno maestros ANNA V & M.I.T.A., transport listeners to another dimension with the warping sounds of “Through The Wormhole” followed by the minimal, yet transforming motif from SUDO’s “Abstract.” As the first of his two tracks on the compilation, Carlo Ruetz’s “Surrender” sets the perfect stage for the Truncate peak-hour remix of Nicole Moudaber and Carl Cox’s classic number, “See You Next Tuesday.” Turning to a remix from the MOOD Records label boss herself, Nicole Moudaber crafts a spellbinding, ambient techno atmosphere with her innovative take on Moby’s “Like A Motherless Child” before the compilation goes into overdrive with Venezuelan duo Fur Coat’s “Spiral” and  “Alone In The Dark” from POPOF. The intensity continues with Stephan Hinz’s “Fearless” with its synth hook throughout fading intoSly Faux’s mesmerizing “This Made You.” Rounding out the mix with another of his tracks, Carlo Ruetz stays true to MOOD Records’ sound with a dark attitude on “Silence.”

It has been another landmark year for the dance music brand Nicole Moudaber conceived nearly six years ago. Continually expanding its influence on today’s biggest names and tomorrow’s future stars, the imprint regularly stands tall in the vast techno-sphere. With her experience as a promoter, Nicole Moudaber’s brand has evolved into event concept takeovers with MoodRAW, which included a debut show in Belgrade and Barcelona. Also taking off on the international festival circuit, her MoodZONE stage takeovers have landed to the forefront of dance music with a slot at The BPM Festival: Portugal. After launching her award-winning Mixcloud radio show In The Mood in 2014, Nicole now commands an army of 20 million listeners weekly in 80 countries. The show’s success has also resulted in the invitation to be one of just a handful of artists to be involved in the launch of Mixcloud Select, where she’ll be donating 100% of the first years proceeds to her ELEVEN campaign, which aims to end the brutal practice of female genital mutilation (FGM) worldwide.

‘Best of MOOD 2018’ Mixed by Carlo Ruetz is out December 21 via MOOD Records and will be available on Beatport.