Bestival on TV this Wednesday Night 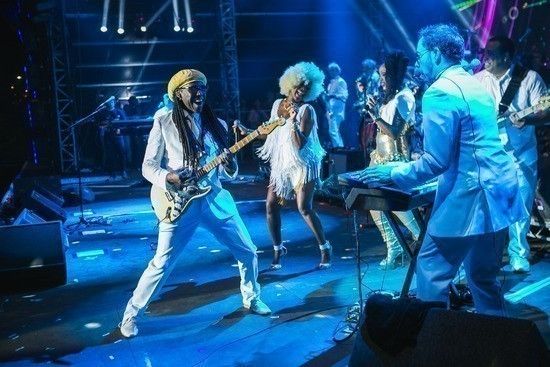 Bestival on TV this Wednesday Night

This coming Wednesday (17th September) at midnight, our splendid friends at Channel 4 will be stocking up on the glitter and sequins to present a truly dazzling Bestival highlights show. Capturing some of the weekend’s most exciting performances, there’s a host of big guns coming to your TV screens, including Clean Bandit, Major Lazer, Sam Smith, Foals, Beck, Chvrches, Basement Jaxx, Disclosure, Paloma Faith and Chic ft. Nile Rodgers. There are lots of interviews and skits too from the likes of Rob da Bank, The Cuban Brothers, Sam Smith, Nile Rodgers, 2 Bears, Basement Jaxx, Paloma Faith and lots more, plus there’s some sparkling action with our record breaking disco ball, and loads of lovely shots of our Desert Island Disco paradise filled with some rather fetchingly attired Besti-goers; see if you can spot yourself!

Bestival curator Rob da Bank said: “Well, what can I say? That was probably the best Bestival we’ve ever done, so to have it expertly captured by the power of TV is pretty special. With some exceptional performances from the weekend’s top acts, like Foals, Disclosure and, of course, Chic, I’ll be tuning in to Channel 4, so I can actually enjoy it, now that I’m not running around like my head’s on fire!”

And there’s even more Bestival goodness to come from More 4, who will be showing lots more Bestival acts and action very soon, so keep an eye out for details of that show.

Providing the cure for those Bestival blues and keeping that disco ball spinning for a bit longer, don’t forget to tune into Channel 4 at midnight on Wednesday (or set your sky plus!!) to get a life-affirming dose of Bestival’s Desert Island Disco!

If you really are missing our delirious disco vibes then grab an Early Bird ticket now and make sure you’ll be partying hard at Bestival 2015! Early Bird tickets can be bought on our pioneering payment plan, which let’s you spread the cost of a ticket over 33 weeks. So what are you waiting for? Head to www.ticketline.co.uk/bestival-tickets now and guarantee your place at the party of the year.