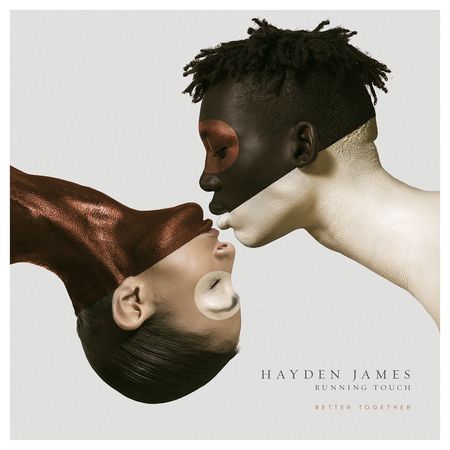 After a massive sold-out tour of his native Australia, and recent run of biggest U.S headline shows to date, Hayden James returns with his latest release 'Better Together', featuring Running Touch. Following on from the wildly catchy 'Just Friends', 'Better Together' dances onto the scene as another masterful dive for James into the world of electronic pop, showcasing his impeccable talent in providing fans with stellar, floor-filling anthems.

Layered with addictive drum patterns and a smooth house bassline, 'Better Together' is yet another infectious tune from the powerhouse producer and arrives with the news that it will feature on his forthcoming debut album, set for release in 2019. The track combines a driving pop melody with the classic Hayden James twist on vocals to deliver a hook that will stick with you. Premiered on triple j in Australia, 'Better Together' is set to impress fans across the world.

Since his timeless release of 'Permission to Love' and debut self-titled EP which followed, Hayden James has found worldwide love and acclaim, consistently topping Hype Machine charts and garnering international blog support. His last two releases 'Just Friends' feat. Boy Matthews and 'Numb' feat. GRAACE did particularly well in his home nation, both gaining platinum certification, with over 75 million streamsand support from all major radio stations. A mastermind in the studio and behind the deck, James' fine-tuned remixes have been showcased on tracks by RÜFÜS, Dillon Francis & T.E.E.D, Safia, Duke Dumont and ODESZA.

Not one to rest, 2018 has seen a mammoth touring schedule for James. With headline shows across the US and a national sold out tour of Australia, he now gears up for a run of festival appearances. Back today with another certified hit, 'Better Together' propels James to further success as one of the greatest producers to be breaking through and with the promise of his debut album to come, 2019 will be his biggest year in music to date.