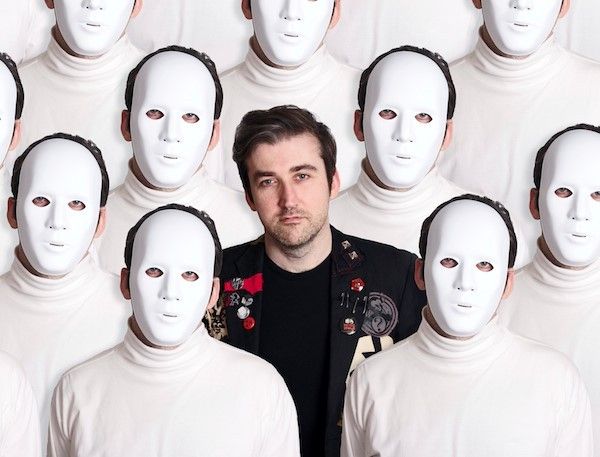 King Unique (aka Matt Thomas) is back. Not that he ever went away; but some time out to renovate a 170 year old house, spend some quality time with a changing family line-up away from the rigmarole of touring, and re-evaluate where his head and heart was at music-wise, meant a six month hiatus from the industry merry-go-round.

In a career stretching back almost two decades, he had nothing left to prove. After all, wind back the clock to 2001 and King Unique had got stratospheric, racking up an unstoppable five Essential New Tunes in as many months for Pete Tong’s BBC Radio 1 show (Thomas counts eight all up throughout the course of his career). He remixed everyone from U2, to Underworld and UNKLE – and that’s only starting with the ‘U’s.

Anyone with a penchant for rough edged melodic house and trippy cosmic techno, who found the dancefloor a kind of unavoidable magnetic force in their lives would have had a moment to a KU production of the past 17 years such is his pervasive influence and diversity.

With such a back catalogue it’s not too surprising that nostalgia reigns supreme for many die-hards of the freakishly talented artist, but Thomas has refused to stay static. Most crucially looking to push himself outside the box, or go beyond borders as it were.

“Right now I find myself thinking about the very first records I made in ’98; ghetto bass trax influenced by Roulé Records, recorded under my original alias Watkins. Proper cool as fuck Fabric-business, championed by Craig Richards and the like – that was where my head was at when this other project, King Unique, exploded,” he tells.

Thomas says this period of reinvention has essentially seen him come full circle: “I’m now mining the weirder techy end of the underground, in a scene where the ’90s heritage is as relevant as when I started. I’m a ’90s house coelacanth, an actual ’90s producer that the kids can gawp at and prod with sticks.”

Which brings us to his latest bouncing musical baby, ‘Beyond Borders: London’ – a startlingly good mix compilation featuring a slew of exclusive KU remixes and bootlegs, but also a reminder that Thomas is part of a growing brood of artists who steadfastly refuse to go label-specific when playing and describing the music that inspires them. And what better than to dedicate it to the glorious shapeshifter that is London.

Inspired by the likes of Shadowchild and dubspeeka combining old school drum ‘n’ bass and speed garage soundsets with the bump and groove of melodic house, Thomas feels he is staying true to the original meaning of the ‘progressive’ tag that his name has been associated with for so long, by combining new ideas and philosophies to push things forward, and above all else make people dance. It’s an ethos he took into creating ‘Beyond Borders: London’:

“The concept of the series is precisely that – there’s no preconception; there are no expectations placed on the artist stylistically, the mix is literally ‘without borders’. The only anchor is that it be tied to a place, and even how literally that is taken is up for grabs. My feeling today is that the very idea of the ‘genre’ is dead and dance music is more alive than ever because of it. No city on earth delights more in such musical mutation and graffiti scrawled grooves than London.”

Eschewing the normal crowd shots and ‘heart-hands’ that often accompany CD booklets of releases of this nature, ‘Beyond Borders: London’ comes with a collection of photographs from street photographer Stephen Leslie that were personally chosen by Thomas himself. “He really captures the exact blend of mundanity and surreality that London holds for me.”