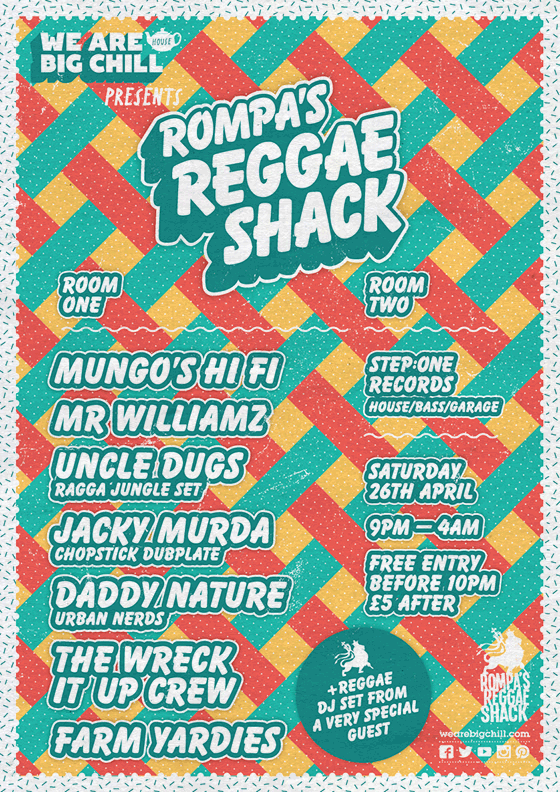 Rompa’s Reggae Shack is back at The Big Chill House, this time taking over the whole building for a night dedicated to reggae in all it’s forms. With Mungo’s Hi-Fi representing as the headline act accompanied by the vocal talents of Mr Williamz the stage is set for vibe filled night. Alongside you’ll find Chopstick Dubplate head honcho, Jack Murda who’s set will also be graced by the man like Mr Williamz who is doing an extended 90-minute set. Uncle Dugs will also be making an appearance with a specially crafted ragga jungle set to keep the crowd skanking until the early hours. Daddy Nature (Urban Nerds) will be warming things up with a blend of conscious reggae. A LIVE performance from the Wreck It Up Crew will also ensure that every base is covered. Also on the bill is a surprise special guest who will be announced closer to the event. If that’s not enough APEXAPE records host room two to bring you the best in house, bass and garage. Remember it’s FREE entry before 10pm. Music is a mission, not a competition.