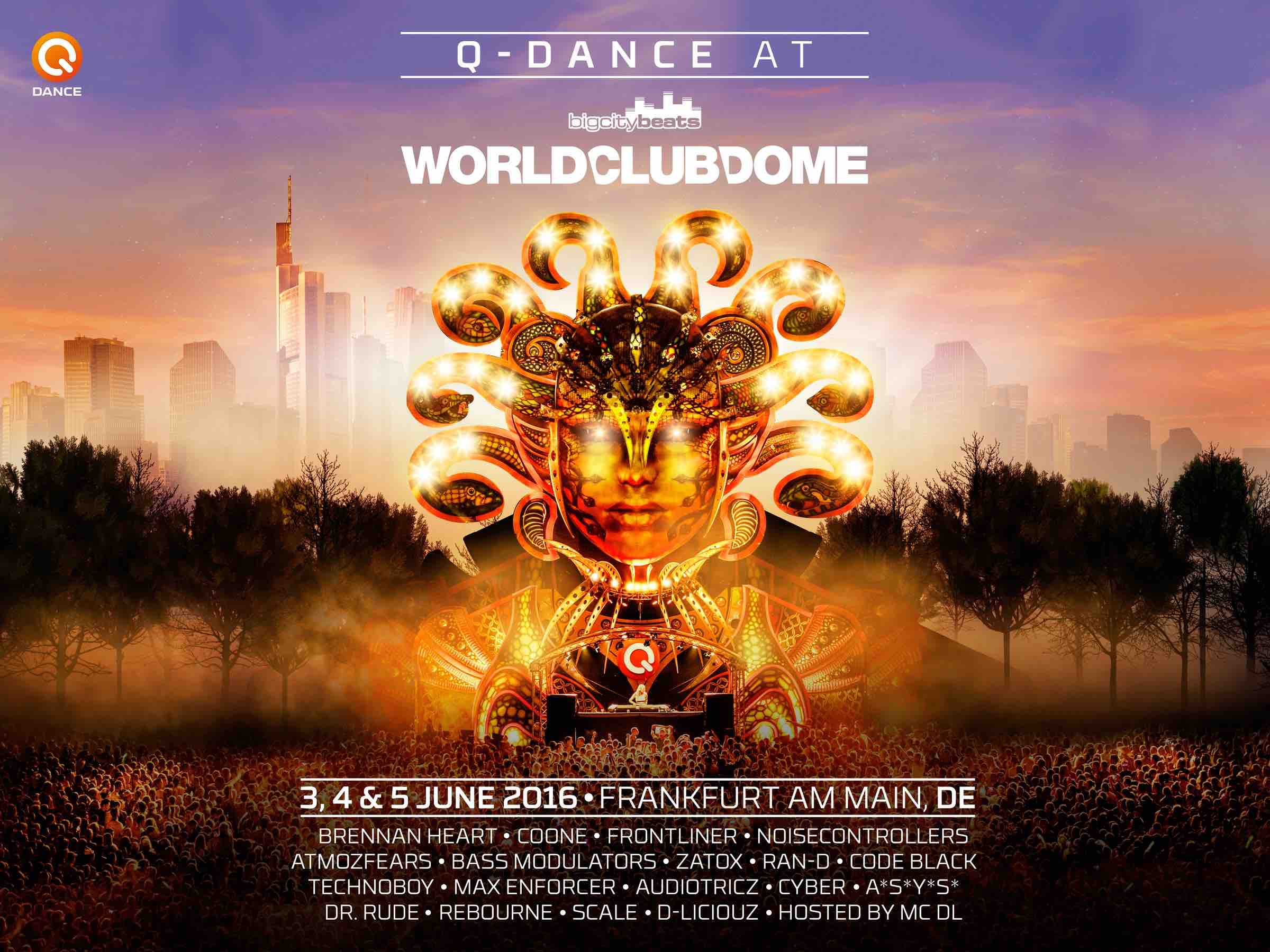 This year’s BIgCityBeats is taking shape and is looking bigger and better than ever. The massive three day event that takes place across the 3rd, 4th and 5th of June 2016 at Commerzbank-Arena, Frankfurt brings together the best brands, greatest DJs and live acts of the electronic music scene for one weekend only right in the middle of Europe at the biggest club in the world.

Already the announcement of the first main stage headliners like Hardwell, Martin Garrix, David Guetta, Dimitri Vegas & Like, Armin van Buuren and Steve Aoki are impressive indeed. But now it can be announced that internationally renowned hardstyle brand Q-DANCE, known for events like Defqon.1 or Qlimax, will host their own spectacular stage at WORLD CLUB DOME for the very first time. As well as that, one of the world’s most successful trap music brands is coming all the way from UK to BigCityBeats WORLD CLUB DOME.

In terms of Q-DANCE, the gigantic and lavish designed MEDUSA stage will become the visual and musical open air highlight on the green meadows surrounding the massive football arena and clubbers can look forward to two full days of Q-DANCE madness with amazing pyro technics and special effects and a line up which leaves nothing to be desired. Some of the biggest Hardstyle acts will present the best of hairstyle and this include BRENNAN HEART, COONE, FRONTLINER, NOISECONTROLLERS, ATMOZFEARS, BASS MODULATORS, ZATOX, RAN-D, CODE BLACK, TECHNOBOY, MAX ENFORCER, AUDIOTRICZ.

As for Trap Music, the four compilations that have been released by the brand so far reached the Top 20 of the US and UK iTunes Charts and featured hits by Major Lazer, Flosstradamus, Yellow Claw, Baauer or Dillion Francis. It is hugely exciting, then, that ALL TRAP MUSIC will host its own stage at BigCityBeats WORLD CLUB DOME on Saturday the 4th of June. With headliners like WAKA FLOCKA FLAME and THE JILLIONAIRE (of Major Lazer) plus TROPKILLAZ, TWRK, JIKAY and WILDCHILD all playing, it is sure to be another highlight.

Already headlining the event in 2016 will be a mouthwatering selection of superstars including a first ever appearance from Martin Garrix, Dim Mak bossman Steve Aoki, trance kings Armin van Buuren and Robin Schulz, big room heroes like David Guetta, Dimitri Vegas & Like Mike, Dannic and Dyro, plus dance icons like Hardwell. Nervo and Oliver Heldens, Dada Life, Le Shuck, Lost Frequencies, Alle Farben, Watermat, W&W and many more also line up with plenty of names still to be announced in the exciting build up to the main event in June.