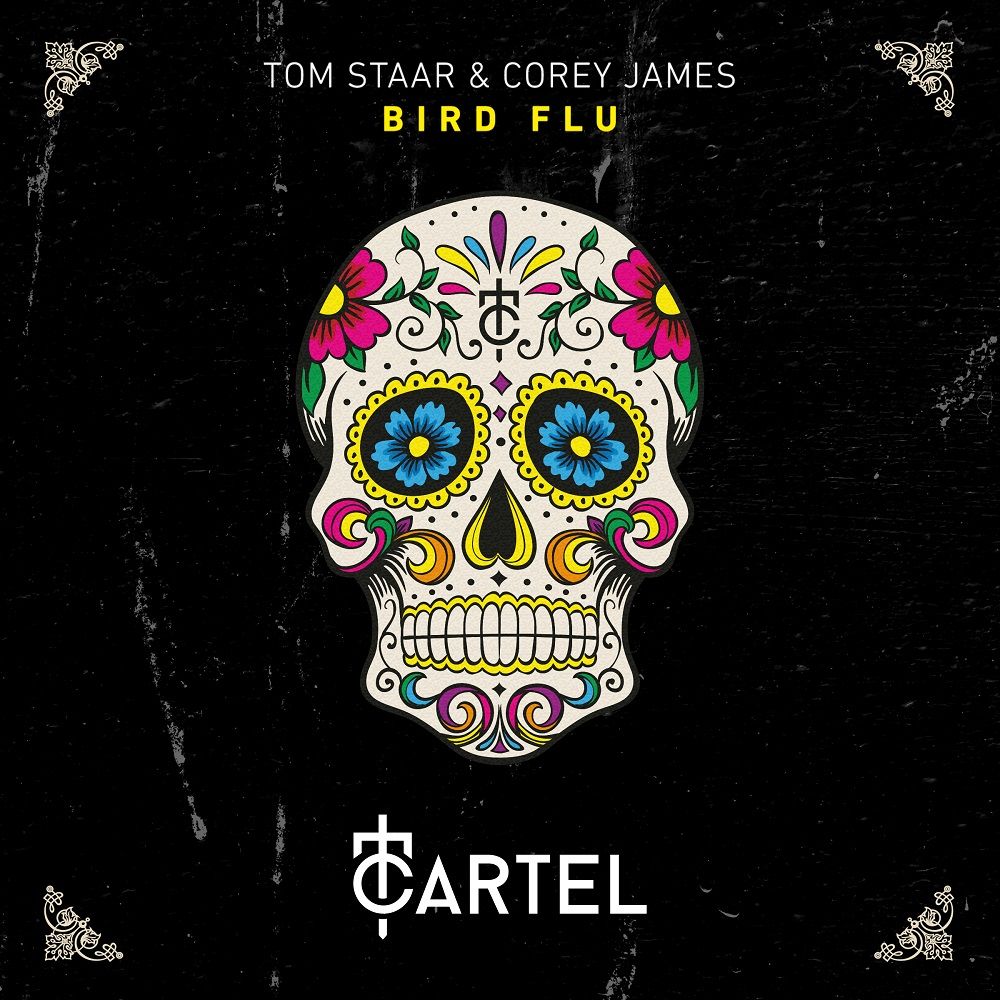 Super producer Tom Staar has delivered the highest of quality house music over the last few years giving him extended runs on some of the biggest labels in dance music, namely Spinnin' Records, SPRS, Axtone, Mixmash, Size and his Kryder co-run label Cartel.

However, arguably his finest work has come in 2016, releasing a striking collection of tracks; from last year's IDMA winning 'De Puta Madre' (a collab with Kryder and The Wulf) to his uplifting NEW_ID collab 'Disappear' and one of the stand out tunes from this summer 'The Funkatron' (alongside Robbie Rivera). This was followed up by his early 2017 club tune 'Railgun', a teamup with Daddy's Groove, received with extensive DJ support.

Corey James is on a similar triumphal path. Whether it be playing Creamfields or being a guest on Steve Angello’s BBC Radio 1 Show, 2016 was a missive year for the artist. An eagerness to learn and progress, a determined work ethic and desire for success have served him well towards a rapid rise within the industry.

After only releasing for a couple of years on world’s top record labels, he has a built a platform for his dedicated fan base to share his musical experiences across the globe. All of his productions are always met with a flurry of support from heavyweight producers such as Martin Garrix, Tiesto, Afrojack, Steve Angello, Nicky Romero, Kryder and DANNIC just to name a few.

And now, both Brits have teamed up for the invigorating tune 'Bird Flu'. Working up a characteristic tribal house groove alongside exotic chants and flutes, it's a powerful track working its magic perfectly for this summer's festivals. DJ support underlines the record's appeal, gaing support by now from the likes of Avicii, Steve Angello, Quintino, Afrojack, W&W, Blasterjaxx, Nicky Romero and many more.

"Over the summer I found that a lot of the tribal music I was playing didn't translate to the big festival stages, so I needed something harder hitting but still with the tribal flavours I was playing in the clubs. The result was 'Bird Flu' and it quickly became one of the biggest records in my sets." – Tom Staar

"I was always a big fan of Tom Staar’s music and collaborating with him on 'Bird Flu' was a great creative experience. We set out to create something that would work well across club dance floors as well as have the “main stage” festival appeal. Hope you guys enjoy it as much as we did making it!" – Corey Jame

For More Information On Cartel Recordings, See The Following:

For More Information On Tom Staar, See The Following: