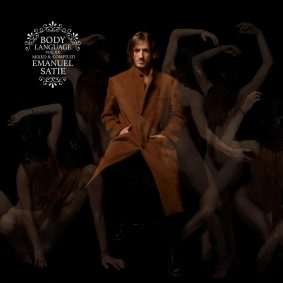 As the iconic Body Language mix series hits a 20th essential edition, Get Physical enlist the ever-talented Emanuel Satie as the man to curate and mix it.

Berlin based DJ and producer Satie, has been a vital artist over recent years, with an impressive output of releases on marquee labels such as Moon Harbour, Knee Deep In Sound, DFTD and of course Get Physical. He is currently riding high following a recent BBC Radio 1 Essential New Tune with his stunning track ‘Don’t Forget To Go Home featuring Billy Cobham'. He has included this in his Body Language mix, alongside another self-penned track ‘Paris featuring Mama’, as well as a fine remix of Jay Haze’s feat. Big Bully & Sven VT’s 'Soul In A Bottle' which is sure to be finding favour in discerning record boxes, and will be released as a stand-alone release later this summer.

The mix kicks off in absorbing fashion with thoughtful deep house that has tender vocals and broken beats from Self Egg. Pezzner keeps things cosy with his ‘Heartline’ before the perfectly roughshod and whimsical classic ‘Silent State’ from STL lulls you into a day dream. Things then begin to get more upright with the quirky melodics of Kiani & His Legion’s ‘Eindelozer’ and The/Das’s enchanting 'Drug Dilling’.

This perfectly coherent mix remains expertly paced, smoothly moving through the gears with tracks from Fred P, Doza, dubspeeka and Tuff City Kids that all add something new and dynamic. Satie’s own ‘Paris' is a haunting bit of stripped back house and his remix of “Soul In A Bottle’ sinks you into mellifluous house grooves rich in gorgeous piano keys. Satie expertly concludes the mix with his other original ‘Don’t Forget To Go Home’ a glowing house cut with real musical warmth after more twisted, tech tinged tracks from Detroit great Kevin Sanderson & KiNK, and German master Roman Flu?gel.

This latest Body Language mix is another fresh instalment that champions the Get Physical sound as well as being a tasteful snapshot of the best deep and tech house has to offer.