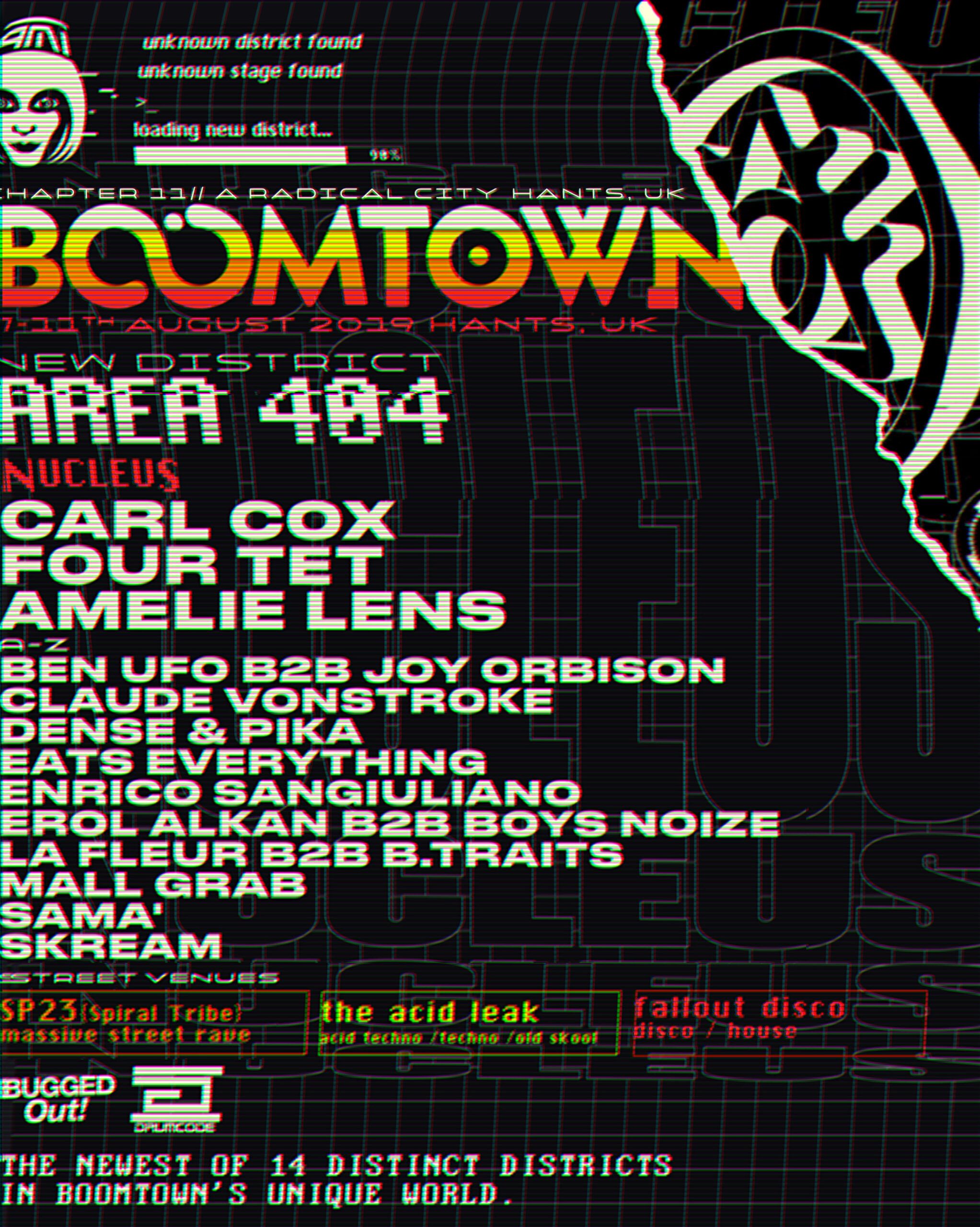 Following a hugely successful 2018 edition, one of the most adventurous, colourful and immersive festivals Boomtown has announced the exciting introduction of AREA 404; an impressive Techno haven featuring some of electronic music’s most influential figures.

The four-day 60,000 capacity festival set in the Matterley bowl in Hampshire, UK on the second weekend of August, will construct a ground breaking and theatrical led new stage area; the distinctively Industrial, post-apocalyptic and expansive AREA 404 will be dedicated to the raw sounds within the electronic music spectrum.

Drawing deep inspiration from Boomtown’s innovative delivery and creative commitment, the proudly independent festival now in its 11th year, will also invite Drumcode and Bugged Out to host the stage for Friday and Sunday, respectively, with confirmed headliners across the Friday, Saturday and Sunday including Carl Cox, Four Tet and Amelie Lens.

Saturday’s headliner is non-other than the ultimate Techno legend and one of the founding fathers of the Techno-House genre; Carl Cox.

The renowned DJ and figure head makes his sensational Boomtown debut with Eats Everything, Dirtybird leader Claude Vonstroke while the pioneering Skream is set to share the booth with fast rising and inspiring SAMA'.

Swedish techno platform Drumcode, will bring its uncompromising sound to Sunday with sets fromDense & Pika, Enrico Sangiuliano and a special b2b session from La Fleur and B.Traits before one of biggest names in Techno headlines proceedings. The unstoppable, Antwerp-born Amelie Lens’ascension to festival main stages worldwide has been meteoric and cements AREA 404’s residence amongst the Techno elite.

AREA 404 is the latest progressive to arise from the deeply original and idiosyncratic vision of Boomtown’s creators, and added to 14 distinctly themed areas, hosting 27 main stages and 80 smaller street venues. The latest edition to the Fair is poised to instil excitement and eagerness within the electronic music community.