Deltiimo & Amba Tremain - Boy If You Want My Love 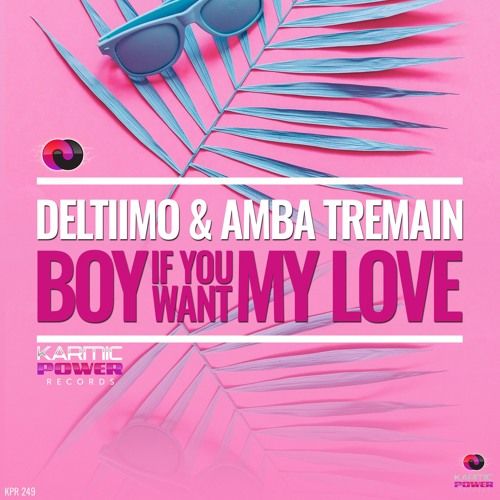 Deltiimo & Amba Tremain - Boy If You Want My Love

A full-on UK style 1990s throwback happy house track perfect for your big sets. Deltiimo is a music production team who have set their eyes upon releasing uplifting dance anthems, and vocalist Amba Tremain has been a professional singer/musician for over 15 years and rocks the top lead in her performance of this song. Big things are set for this team.

Lead by veteran British songwriter / lyricist / producer Gary Louca, Deltiimo is a music production team who have set their eyes upon releasing uplifting dance pop anthems. It’s a bold cause and one that Deltiimo have made great strides in. Collaborating with the likes of international songwriter / producer Bradon Grobler, Deltiimo has recently released a wave of new dance pop songs. Gary Louca & Bradon Grobler met for the first time in early 2017 whilst working on remixes for Irish singer George Rigby's amazing song “Hold On It’s A Beautiful World”. After agreeing to co write a song together Gary Louca & Bradon Grobler’s first song Deltiimo “Lazy Summer Days” feat the brilliant Lisa, was signed to Mental Madness Records and released on 21st July 2017. More songs quickly followed featuring some of the South East of United Kingdoms finest vocalists Deltiimo “Now Sing Out Loud” feat Amba Tremain & Devin Jade hit No1 on several DJ Pool charts. Deltiimo “Everybody Around The World” a Future Bass update of an older Gary Louca song was released next again topping DJ Pool Charts. Both Prolific writers Gary & Bradon have co-written over an albums worth of songs during the amazing summer of 2017, with additional co-writes with Amba Tremain and Lisa.

Amba has been a professional singer/musician for over 15 years.

Training began at Arts Ed in London studying performing arts and musical theatre but at the age of 15 Amba formed her first rock band and has been in the popular music industry since.

With musical theatre performances at The London Palladium, Festival Hall and The Theatre Royal, Drury Lane and classical vocal performances at The Vatican, Rome under her belt, she soon moved into commercial music when she signed her first recording contract at 18.

Amba went on to appear on ITVs 'This is my moment' hosted by Mel B of the Spice Girls in 2001 and walked away the winner with over 300,000 public votes.
Recording credits include the album 'Somewhere' by the late Eva Cassidy, for which Amba was awarded a gold disc for UK music sales of over 100,000.