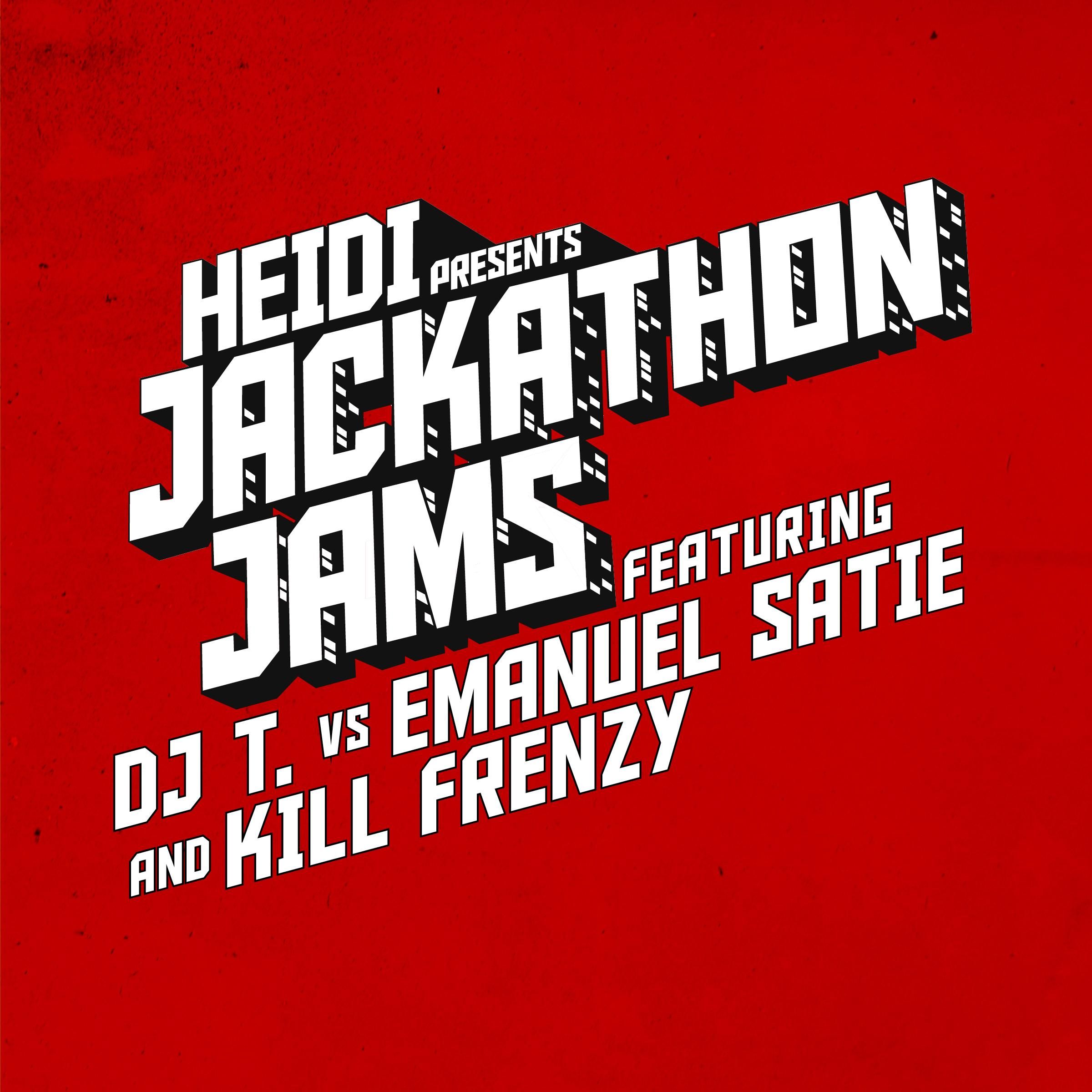 Heidi has announced the relaunch of her Jackathon Jams label. After a short hiatus, the first release is a 3-track collaborative EP from DJ T. vs Emanuel Satie featuring two new productions ‘Break Loose’ and ‘Feeling You’ featuring Joe le Groove, and a remix of ‘Break Loose’ by Kill Frenzy. The EP will be released on 1 April as a Beatport exclusive, then all other stores from 15 April, and will be the first Jackathon Jams release distributed via a new deal with !K7. Further releases will be revealed in the spring.

There are few electronic music artists with a legacy like that of DJ.T. (real name Thomas Koch). A music obsessive since childhood, he’s been at the forefront of European dance music culture since the late 1980s, with DJ residencies at clubs like Music Hall, Plastik, Dorian Gray, and The Box. After a decade at the helm of Groove magazine, DJ T. launched his own club, Monza. He also invested his skills and knowledge into conceiving Get Physical. Though he left in 2010, T. still A&Rs for the label.

His debut release was the ‘Monsterbaze’ EP with Steve Bug, released on Poker Flat in 2000. Since then, T. has released several well-received EPs, a slew of remixes and three albums, ‘Boogie Playground’ in 2005, ‘The Inner Jukebox’ in 2009 and ‘Pleasure Principle’ in 2011. He’s curated numerous compilation mixes, including ‘United Under The Ball – 30 Years Of Disco’ in 2011 and ‘The House That Jack Built Vol 1 & 2’ in 2012. In 2013 he celebrated 25 years of DJing with a very personal mix compilation, followed also by ‘Body Language 15’ and a collaboration with Defected and Strictly Rhythm to celebrate the latter’s 25th anniversary. New releases on AUS Music and Moon Harbour show his continued desire to push creative boundaries.

Emanuel Satie, the Frankfurt-born, Berlin-based house and techno producer has been steadily picking up steam with straight to dancefloor hits on DTFD, Get Physical and Audiojack’s Gruuv, including a feature in Resident Advisor’s top charted tracks of 2015. In 2015 he also delivered one of the standout remixes on The 2 Bears ‘The Night Is Young’ remix LP with a deeper version of ‘Get Out’, and a killer Main Room DJ set alongside Groove Armada at Fabric, London.

2016 has seen a consistent run of successful releases.  His rework of Late Nite Tuff Guy’s remix of DJ Le Roi & Roland Clark’s I Get Deep hit No.1 in the Beatport overall chart. His debut single on Nic Fancuilli’s Saved Records, ‘Come As You Are’ then reached No.2 in the Beatport Tech House chart. Emanuel’s remix discography continues to grow with remixes for DJ Sneak & Riva Starr on Snatch Records, Hife & Bazaar on Noir, Who Made Who on Get Physical, and Shiba San on Suara dropping in the first half of 2016.