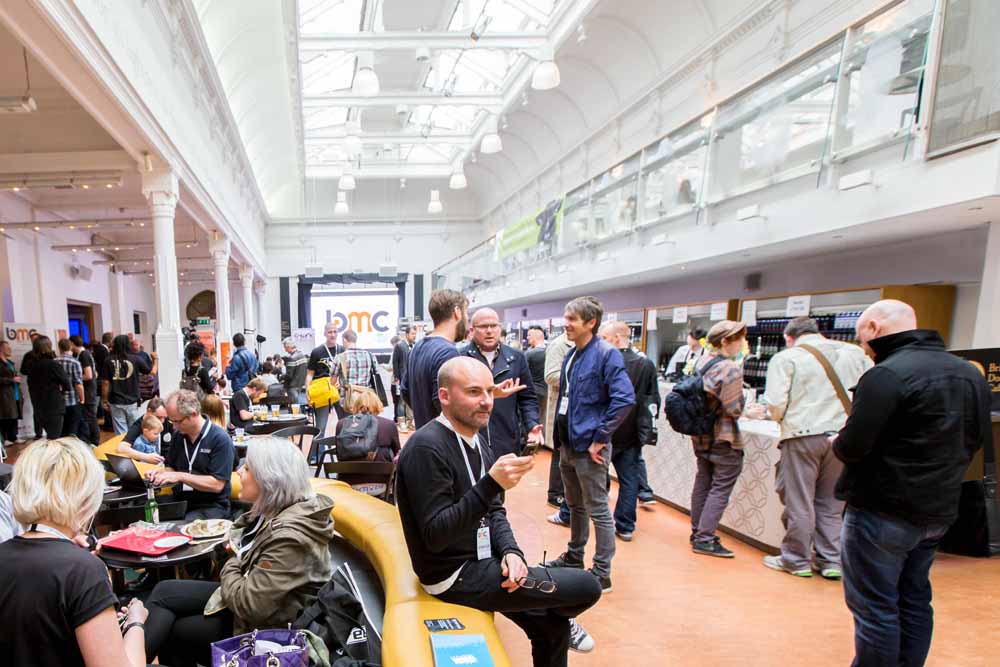 BMC (Brighton Music Conference) has revealed the first of its 2015 event parties, featuring an array of electronic music talent for the two-day event held on 5th & 6th June.

The events will take place across the city, with clubs and venues involved including the recently opened Patterns, Neighbourhood, The Tempest Inn, The Arch, The Hub, and beyond. Access to Music will host the first official BMC Under 18s party, a free event reflecting the conference’s position as the only type of electronic music event that caters for students and the next generation of creative and business talent.

Across the Friday and Saturday nights, with some of the networking events taking place from the afternoon onwards, these events will be free to BMC Professional pass holders on a first come, first served basis. Full details on both pass categories follows below.

DJs include Murder He Wrote, Leigh Morgan, Lucatwana, Billson & Noah Hope, with others to be confirmed. Music, food and drink from Believe. 5pm to late.

After 14 years touring the globe, two albums, countless remixes, features in Hollywood movies and a Fabric Live compilation and residency; Pat Pardy and Tom Beaufoy have been creating genre defining music that’s seen them continually stand out from the crowd, from their early Marine Parade days until the present.

Evil Nine will be headlining Ableton’s Brighton Artist Showcase on Saturday 6 June at The Tempest Inn. The event is presented in association with BMC and Brighton Ableton User Group.

After last year’s killer Wiggle session at BMC, On The House are bringing back tech-house’s leading players for another very special party. As well as Fabric resident Terry Francis, Wiggle cohorts Nathan Coles and Eddie Richards, plus OTH mainman Magnus Asberg, this year sees Chicago legend Robert Owens joining the party for an exclusive classics set, with the man himself performing live vocals for the tracks that have ensured his place in house music’s hall of fame.
https://www.facebook.com/events/1626623520903895/
http://www.residentadvisor.net/event.aspx?703738

You would be hard pushed to ﬁnd a more in-form, in-demand, exceptionally talented artist than Steve Lawler, regarded as highly by his industry peers as he is by his huge global base of musically educated fans. Dynamic, driven and drastically obsessed with performing as well as he possibly can Steveʼs passion for House, Techno and Electronica is too strong for one simple generic association, and right now his message is louder than ever.

Oberres Brighton’s leading house and techno night, on Saturday June 6th Oberres welcomes man of the moment SEFF who will be making his Brighton debut, with having huge releases on Hot Creations and Viva Music SEFF has just been announced as part of the Viva Warriors family for the upcoming Ibiza season at Sankeys.
We are also very pleased to welcome OFF Recordings Trash You and Madtech No Twin.
https://www.facebook.com/events/1422936521344001/
http://www.residentadvisor.net/event.aspx?697033
http://www.skiddle.com/whats-on/Brighton/The-Hub/Oberres/12394646/

Brighton Youth Centre – BMC Official Under 18s After Party
Access to Music are hosting BMC’s first, official, U18’s After Party and teaming up with Audio Active, BYC and DAJ Audio to bring a line-up of Brighton’s best up and coming digital and electronic talent. Access to Music is a music and media specialist college providing training in Music Technology, Digital Music, Music Performance and more.
https://www.facebook.com/events/1572369819684582/