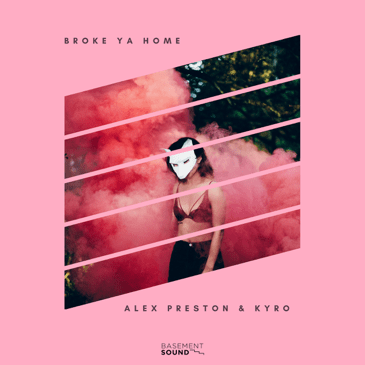 Reinforcing Australia’s love of house music, Alex Preston continues a run of summer tunes with his and Kyro’s new single release: Broke Ya Home. The pumping bass in this track brings something that juxtaposes with the house classics that the Australian dance scene is used to.

Alex Preston is a frequent feature in Australia’s ARIA Club Chart, and has been supported by just about every massive DJ out there – from BBC Radio 1’s Pete Tong and Danny Howard to house legend Erick Morillo, right through to Dutch superstars Don Diablo, Tiësto, Oliver Heldens and Martin Garrix – Alex Preston is a producer already on the rise.

After their national tour last year, Alex Preston and Kyro keep joining musical forces, simply because every-time they do, they make something pretty damn nasty – like their new single: Broke Ya Home. Previous associations from the pair include Kyro’s remix of Get So, and their previous single: Sink About It. With his latest single hitting #5 in the Aria Charts, Kyro also keeps persistently proving his skills as an absolute remix master, and brings his many different facets to this new collaboration.

To put it in short, this is the sassy Bass-House track that is making no apologies for jumping onto the scene with such vigour this summer. Watch out.