Brownstock sells out for second year and it was bonkers 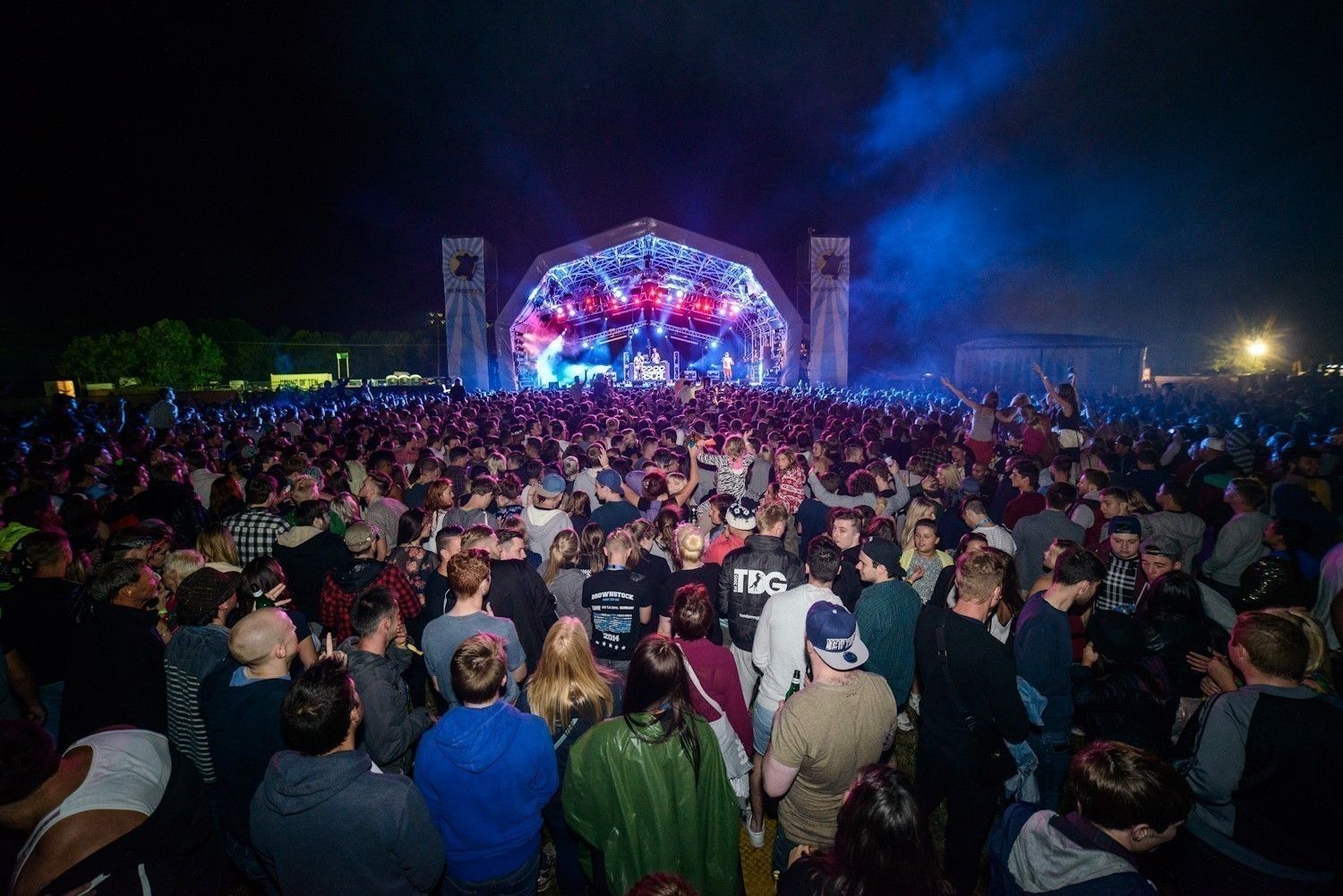 Brownstock sells out for second year and it was bonkers

The 10th Brownstock Festival in Essex took place on Morris Farm, Near Chelmsford in Essex this weekend. Headlined by Dizzee Rascal, De La Soul, Razorlight and Pendulum 6000 people attended the festival for its second sell out. The festival has had endless rave reviews and feedback as it is fast becoming one of the most important dates in the east of England’s festival calendar.

Dizzee Rascal headlined Friday night of the event with an explosive performance. The superstar rapper did not fail to deliver his famous crowd pleasers such as Fix up look sharp, Bassline Junkie and of course Bonkers. His set was accompanied with fireworks, confetti explosions and a laser display of the scale seen at the country’s largest festivals. This went down a storm with the crowd, especially when he decided to crowd surf himself and take a selfie with the crowd.

On Sunday the mainstage was headlined by Razorlight, with Pendulum tearing down The Good Shed performing an incredible set.  Soon after leaving the site Razorlight tweeted that Brownstock was a great way to end the summer, Pendulum tweeted about how great the crowd were. Many of the artists were so enthused by the crowd that they wandered out into the festival to experience the event.

This year was the festival’s 10th birthday and the festival was themed throughout with birthday celebrations. Visitors were welcomed though a balloon arch and 2 giant candles made of round straw bales. Live graffiti artist painted a birthday message on the back of the festival’s curtain sided lorry, the lorry which was used as a stage for the first ever festival. Anna Brown, one of the festival’s founders also built a giant cake which was serving Brownstock’s official birthday cake. As a finale to close the mainstage the Brown Family organised for 400 biodegradable lit balloons to be released creating a beautiful starlight sky effect.

The festival also was sure to deliver much more than music over the weekend. Sunday’s comedy show, presented by The Official comedy club was completely packed and they had the most subscribers ever for the festival’s Sunday quiz. Visitors could also enjoy the electro swing show, a ska throwdown and circus performances. Also very popular with the crowd was the glow silent disco which took place in the festival’s campsite, with P Money even leaving hospitality to come down and join in.

One of the real highlights of the weekend was the Burger Eating Competition. In team of three competitors had to eat 1 burger as fast as they could, but there was a Russian roulette element with one  being super spicy. The festival has a very large variety of different food  available and all the burgers on site were made with Aberdeen Angus beef from the farm.

Even with huge world famous acts the festival is still under £80 for the whole weekend, making it one the best “value for money” festivals you can find in the UK.

Brownstock Festival is run by the Brown family on their farm in Essex. 2014 was the festival’s 10 anniversary year since it began in 2005 as a small event for 150 people. The Brown family now welcomes 6000 visitors to the farm, but the festival is still completely independent with a uniquely quirky, rustic and handmade feel.

Beyond the huge main stage and huge Good Shed dance tent the Essex festival is also scattered with themed areas hand built or handpicked by the Brown family. The Treehouse stage with giant birdsnest seats all built by Anna Brown in one of the old Oak Trees in the festival field will house upcoming acts. The Saloon bar with swing doors and saddle seats is where to head for a full on country hoe down. The festival also has a cosy campsite bar with sofas, open mic, Sunday papers and late night electro swing and circus shows. Festival goers can also enjoy the Brown family’s pick of festival food and try a festival burger made with home raised Aberdeen Angus Beef from the farm. For 2014 the festival has a birthday theme due to it being their 10th birthday. As Brownstock say #meetatthefarm!