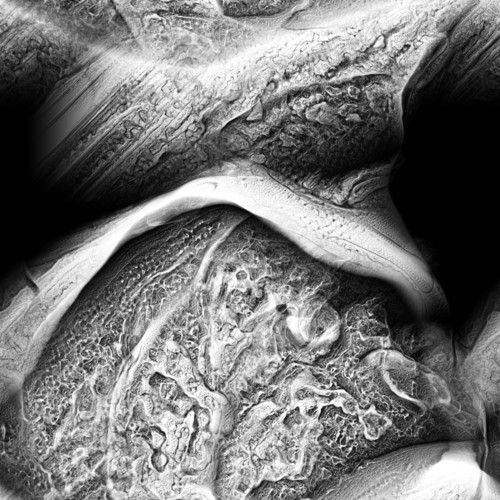 A boundary-blurring musical act created by recent Goldsmiths graduate Avi Barath, the project is an attempt to manipulate sound in an expressive way that unearths subdued feelings and emotions.

Bunki has developed a unique approach to electronic production; generating all the elements of each track through the processing of a single MIDI loop. By employing such severe limitations, the artist pushes himself to explore undiscovered techniques with a unique sound.

The producer’s first full body of work is delicate, yet retains the ability to be eruptive. Opener ‘SKTCH’ is a fragile, continuous crescendo, driven by bassy glides and haunting beats, whilst ‘Ravel’ – the most vivid of the five – is a climatic sound tribute to the impressionist composer Maurice Ravel. As such, it was featured on Matthew Herbert’s curated compilation ‘Crossing Lines II’, released on NX Records – a collaborative label venture between Goldsmiths and Accidental Records – in November.

‘Real’ is a distorted mirror image of the EP’s opening track, with a build of rich textures that collapses into an outstanding finale. Taking a step back, ‘Fireworks’ plays out as a hectic hybrid of dance rhythms and glitches before the artist concludes with ’Spinning’, a reflective, otherworldly musical epilogue.

The EP is released through squareglass, a newly founded label/collective of South-East London artists who seek to explore distinctive and unconventional production approaches, and follows the debuts of labelmates Semi Precious and Ballerino. As well as being available for digital download, 100 limited tape cassettes will also be released. In addition, it will be accompanied by 2 remixes from the critically lauded These Ghosts and Junk, as well as a collage styled video, created by Hannah Mason, for EP opener ‘SKTCH’.

With his live credentials already including a performance during Meltdown Festival 2014 at the Royal Festival Hall alongside the likes of James Holden and Trentemoller, the next opportunity to experience Bunki’s eerie soundscapes live will be his EP launch, to be held at Power Lunches on January 22nd 2015.

This refreshing young act is truly breaking ground on just his first release, and he only promises to go from strength to strength. His innovative and forward thinking approach has already made him a sought after collaborator: the fruits of one of these collaborative processes will be unveiled in VV Brown’s upcoming album, which will include a track he produced. With an uncompromising experimentation that is rewarding and challenging in equal measure, Bunki is a real force to be reckoned with this year.