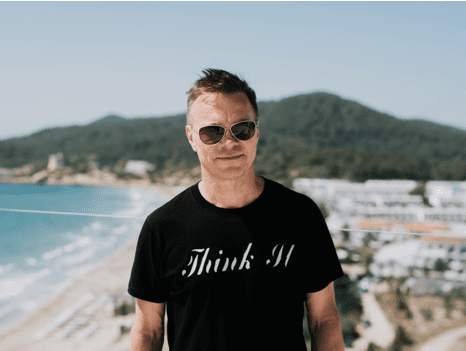 BURN Residency launches the latest film of its ‘Residency Stories’ series, profiling Pete Tong, Seth Troxler, and Loco Dice. The short film focuses on the underground side of dance music, depicting the origins of the culture from around 1987 to the present day.

The film, shot in Ibiza, covers what the term ‘underground’ means to various DJs and features some of the most influential acts in underground dance music.

“Underground dance music shares the same criteria as almost the beginnings of punk rock,” says curator Pete Tong, with the BBC Radio 1 host widely considered as one of the most influential figures in the rise of dance music over the course of three decades.

“I always say that acid house and the rave scene back in kind of eighty seven was dance music's punk rock moment – that was kind of the line in the sand, the year zero where everything seemed to be like recreated. You were into this kind of secret thing that no one else knew about and it made you different from everybody else. Coming out of school and getting into kind of soul and funk and rave groove and meeting all these people that kind of knew about this music that nobody else seemed to know about."

‘The Underground’ is the latest in the 'Residency Stories' series from BURN, with previous episodes featuring the likes of Apollonia, The Martinez Brothers, and BURN Residency Head-mentor Carl Cox.

Now in its seventh year, BURN Residency offers undiscovered DJ talent the opportunity of a lifetime, a career jump-start that sees them on stage in a European city, as well as a 5 week Residency in electronic music mecca, Ibiza. The crowned winner will receive a €100,000 EUR contract – a direct investment into their new career as an emerging signed DJ. Each stage of the competition will be judged by a panel of industry experts and international DJs, including ambssadors Pete Tong, Seth Troxler and Loco Dice.

Welcomed into the BURN Residency family by world-renowned movers and shakers of the industry, this program will change the lives of entrants as they follow in the footsteps of previous winners. 2016 BURN Residency winner, Lollino, has signed to Ask My Management and has gone on to release a mix viaBedrock – John Digweed’s label, as well as become a regular at HYTE.