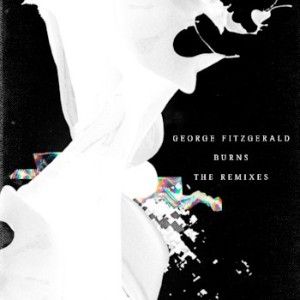 HAAi has dropped her aptly named ‘Sci-fi Hi-fi remix’ of George Fitzgerald’s ‘Burns’ in the midst of a busy summer. Her reimagining of the producer’s lead single from 2018 album ‘All That Must Be’ is now available to download and stream across all DSPs.

Crackling vinyl noise sets the tone of this remix before the original’s instantly recognisable chopped vocal samples echo into the production. An atmospheric slow build seamlessly leads into a chugging beat and a crescendo of shimmying percussion, reflecting HAAi’s own taste for “long, winding, melon twisting mixes”.

The new remix follows the success of HAAi’s debut EP, ‘Motorik Voodoo Bush Doof Musik’, which she self released on own label Coconut Beats via Bandcamp earlier this summer. A critically acclaimed offering peppered with live instrumentation, the distinctive tracks have been a hit with both her home club Phonox’s dedicated following and diverse festival crowds – with  Worldwide Festival, Bestival, Parklife, Nuits Sonores and Field Day being recent highlights in the the producer’s summer calendar.

It also comes just in time for the HAAi’s appearance at The Black Madonna’s highly anticipated We Still Believe Shoreditch street party on Saturday 4th August, and in the midst of her own curated Coconut Beats party series at Phonox. Reflecting the global tastes she showcases on her weekly Worldwide FM residency of the same name, HAAi has so far been joined by Auntie Flo, Rebolledo, DJ Boring and Tessela. Tickets are still available for the final dates this summer with Red Axes, DJ Nobu, Mehmet Aslan and Gilles Peterson all still set to make appearances.