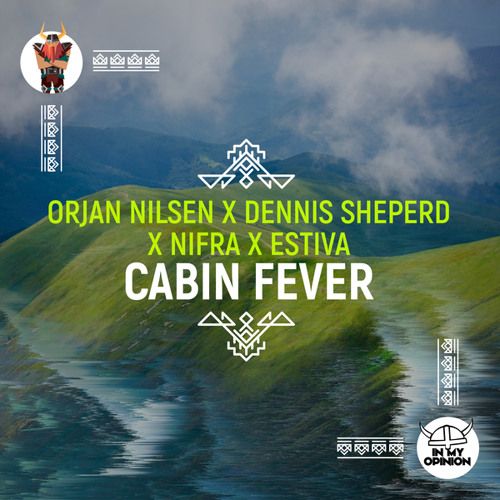 When several of Progressive Trance’s finest artists get together to teach electronic music production, great things are bound to happen. While spending a week in Bulgaria teaching fans from different parts of the world how to make music, Ørjan Nilsen, Dennis Sheperd, Nifra and Estiva suddenly found themselves in a completely unexpected, impromptu collaboration. The result is – unsurprisingly – a blistering production aptly titled ‘Cabin Fever’, which sees its release on In My Opinion with an additional club mix from label boss Ørjan Nilsen himself.

The product of one of the biggest progressive collaborations of the year, ‘Cabin Fever’ showcases what happens when Ørjan Nilsen, Dennis Sheperd, Nifra and Estiva do what they do best: the inception of a track that heats up the dance floor like no other. Armed with an anthemic melody, pulsating bass and a sizzling build-up, ‘Cabin Fever’ was fueled up by the talent and energy of four divergent producers and finished in just a matter of hours. It might just be the biggest surprise of the year.

Ørjan Nilsen x Dennis Sheperd x Nifra x Estiva: “When we joined Trance Retreat as instructors to teach our craft, we didn’t know we’d end up jamming together. We inspired each other endlessly, fed on the beauty of the Bulgarian mountains and the motivation and passions of our students, and came up with a track called ‘Cabin Fever’, which we finished by – and played at the Trance Retreat party at – the end of the weekend. It has since become a staple track in all over our live sets. It ties in perfectly with our respective signature sounds, which is what makes it sound so unique and fresh, and the crowd’s reaction to it has been absolutely amazing. It has been a fun ride reading people’s speculations on whose ID it is.”