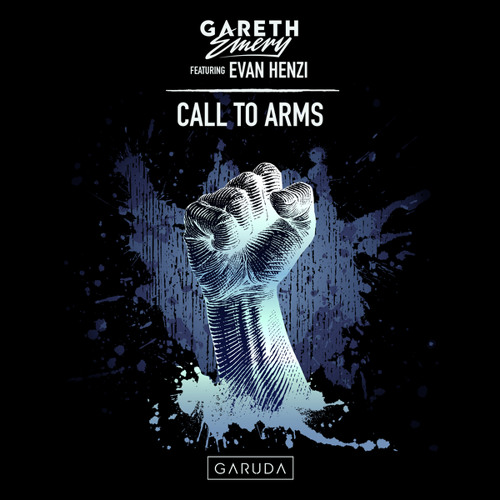 With the unstoppable rage of a storm building from within, ‘Call To Arms’ sees Gareth Emery and Evan Henzi unleash a battle cry that echoes the turbulent inner landscape of a young singer-songwriter. Co-written by Gary Lightbody and Johnny McDaid of Snow Patrol, this searing Emery production calls upon listeners worldwide to raise their fists in solidarity as Evan Henzi's emotive vocals signal a new dawn. A new global movement has arrived.

‘Call to Arms’ is the latest cutting-edge production from U.K. trance master Gareth Emery, who is known for his relentless boundary pushing and innate ability to eclipse expectations, and sets benchmarks in electronic music with every new release. Evan Henzi’s message of triumph over adversity as a survivor of child abuse is as compelling as his vocals are spine-tingling; with a refusal to remain silent, they roar to life over Emery’s thunderous, arena-ready track.

Fresh from selling out the 8500 capacity Bill Graham Auditorium in San Francisco with his encore Laserface arena show, Gareth Emery has further cemented himself as one of the most in-demand live DJs on the planet, and is just as exhilarating in front of a live televised audience of millions (Closing Ceremony of the 2015 European Games), as he is on any global festival main stage or sweaty club rammed with legions of fans. Add to that Emery’s starring role as EDM cult figure Brandon Bass in the Verizon TV series ‘We Are CVNT5’, his CEO position in ground-breaking music start-up ‘Choon’, him being a three-time recipient of A State Of Trance’s Tune of The Year award and his inexhaustible work rate on his own Garuda label, and you have a CV as varied as it is daunting.