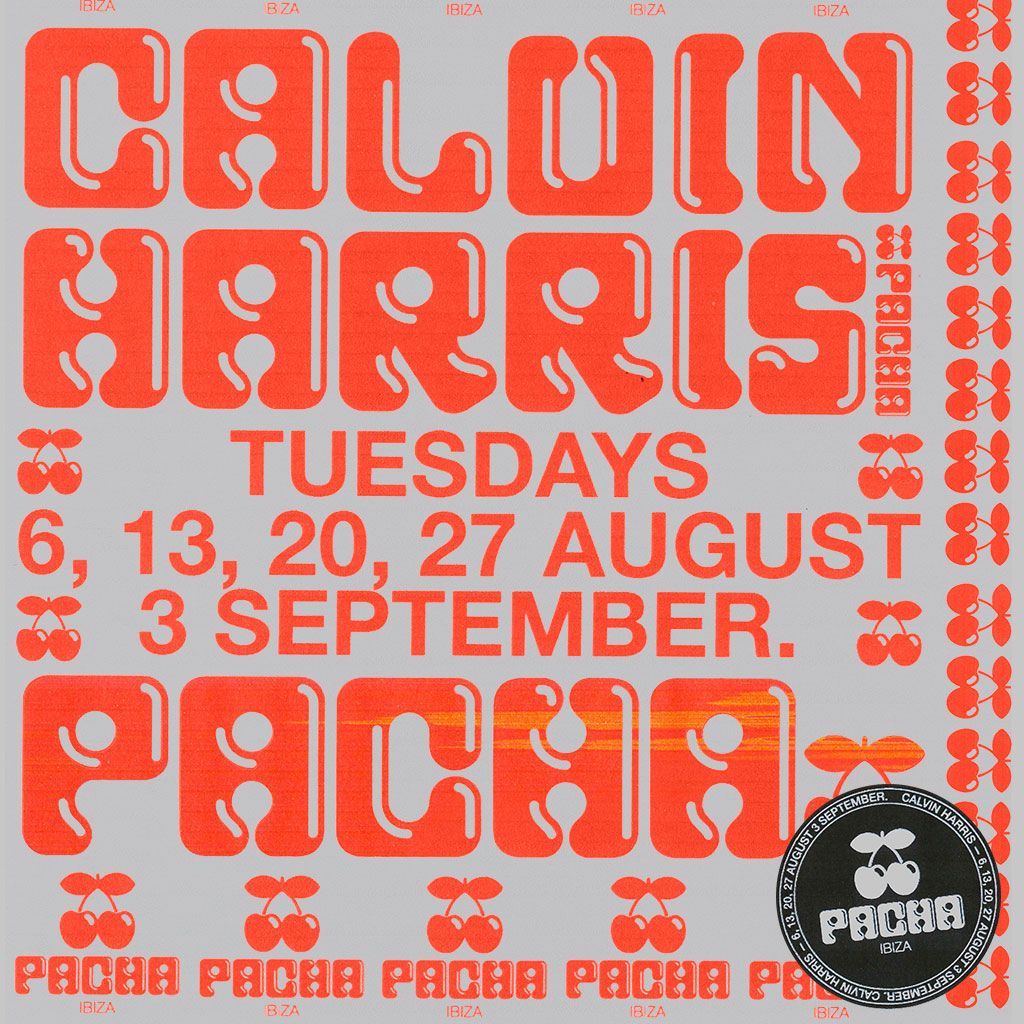 Pacha Ibiza announce the 2019 dates for of one of the biggest contemporary trailblazers in electronic music, Calvin Harris. Bringing his mega superstar status to the White Isle for a second consecutive year at the legendary venue, Calvin will be performing every Tuesday night from Aug 6th to September 3rd.

Grammy award-winning DJ and producer, Calvin Harris stands as the figurehead for modern dance music, having broken world records and dominated the charts with his many hits.  Harris has collaborated with global stars including Frank Ocean, Pharrell Williams, Rihanna, Katy Perry, and Ellie Goulding, to name a few. Last year, Calvin put house music back on top of the charts with “One Kiss” with Dua Lipa, which was the UK’s biggest selling single of 2018 and also earned Calvin a 2019 Brit Award for Best Single.  As one of the most successful artists of all time, Calvin has amassed over 16 billion combined audio and video streams in his career history.

A go-to destination on the island since the 1970s, Pacha continues to build on its legacy. This is the second season Calvin Harris has chosen Pacha and the iconic cherries to be his Tuesday night residency in Ibiza.  Welcoming dancers old and new through the doors of the iconic venue, partygoers can expect an electric atmosphere, heightened by Pacha’s world-renowned production. Together, Calvin Harris and Pacha are an incredible pairing and will offer an extraordinary chance to see one of the world’s best DJs perform in an unforgettable setting.