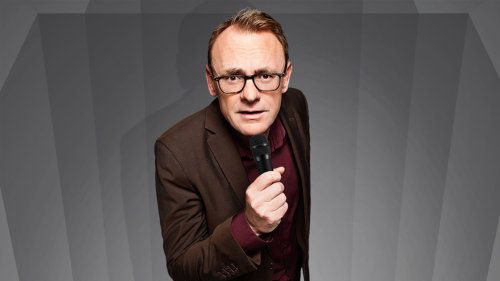 Attention on deck! The Camp Bestival crew are extremely excited to unveil 2018’s line-up of seafaring stooges coming to our castle campsite near the sea. Led by the one and only Sean Lock,our top-notch comics join a corking bill that includes headliners Simple Minds, Rick Astley & Clean Bandit, with DJs and live acts Sara Cox, Shed Seven, Tokio Myers, Declan McKenna, dodie and many, many more, with a host of fantastic entertainment for all the family throughout the weekend. So, be sure to come aboard for all the festi-holiday fun when Camp Bestival Sets Sail fromLulworth Castle this coming July.

Rob da Bank said: “We’ve got some very special comedians joining Camp Bestival’s voyage of merriment this year. Sean Lock has been someone we’ve wanted to bring onboard for ages, he’s ridiculously funny and you never know you might have spoken to him on Net Mums. Dave Johns is a Geordie delight and Andrew Maxwell is one of our all-time favourites, so it’s gonna be a rip-roarer on Sunday in the Big Top. But don’t forget, there’s plenty of laughs and loads of fun for everyone all around Lulworth Castle all weekend long, so do come along and explore”.

Sean Lock said: “Really looking forward to Camp Bestival – I’ve bought some GPS tags for the kids and can’t wait for two days of peace, whilst they run around a huge field trying not to get in trouble”

Mixing flights of fancy, surreal observation and cutting assessments of the human condition, Sean Lock is a uniquely brilliant voice in comedy. Familiar to millions as a team captain for 8 out of 10 Cats Does Countdown, plus his 11 years captaining 8 out of 10 Cats, and myriad appearances on the likes of Have I Got News for You and QI, Sean has won Best Stand-up at the British Comedy Awards, a Time Out Comedy Award and was nominated for the Perrier Comedy Award. His most recent, sell out tour, Keep It Light, was a masterclass in divining hilarity from everything from Net Mums to jewellery thieves and beyond, making him utterly unmissable as our comedy headliner on Sunday afternoon in the Big Top.

Comedy veteran Dave Johns is also joining the bill for our side-splitting Sunday comic cruise. One of the best loved comedians working on the British comedy circuit, Dave has honed his comedy chops in comedy clubs and festivals worldwide for nearly three decades. A regular face on TV shows including 8 Out of 10 Cats, Alan Davies As Yet Untitled, and Never Mind the Buzzcocks, Dave has also found fame for his lead role in Ken Loach’s I, Daniel Blake and will be returning to the big screen this year starring in Walk Like a Panther.

Commenting on his comedy turn at Camp Bestival, Dave Johns said: “I absolutely love Camp Bestival and my kids are over the moon that we’re heading back this year. Is there a better way to spend your end of July than lording it up next to a castle on the Jurassic Coast! I think not!”

And making his triumphant return to Lulworth Castle, the mighty Andrew Maxwell is compering the whole Sunday afternoon shebang. Opinionated, obstreperous and original, Andrew is one of the greats of modern stand-up who can do silly or serious, but he’s always guaranteed to be hilarious.

In anticipation of his return to Camp Bestival, Andrew Maxwell said: “I’ll be bringing the kids as always. It’s definitely one of the highlights of their year (and mine!)”

And that’s not all we have an entire weekend jam-packed with family fun and shows from CB legend Mr Tumble, and mainstage tearaways Dick and Dom, to jaw-dropping spectaculars from Dinosaur World Live, Matthew Bourne’s New Adventures, the Pirates of Penzance and so much more.

Don’t forget there are a host of premium camping experiences including Camping Plus,  Backstage Camping and Hospitality Camping on sale now.