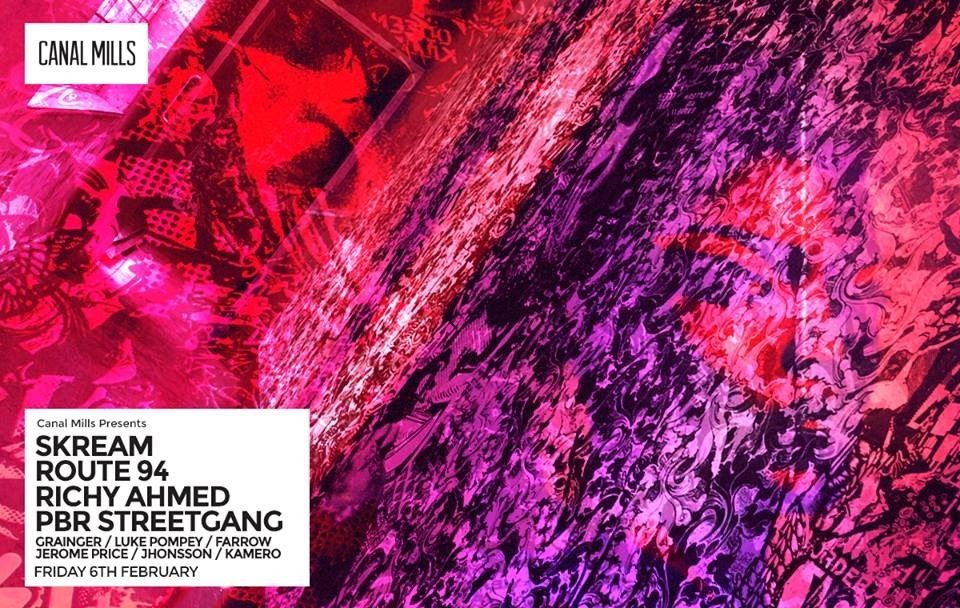 Welcome back to Canal Mills! Introducing the first ‘Canal Mills Presents’ party of the new season…

Headlining Room 1 it’s Skream, the one-time dubstep pioneer who’s now lending his hand to house, techno, and everything in between at parties all over the world. He’ll be supported by Route 94, the enigmatic UK producer who’s enjoyed recent chart success with a string of hit singles, including the unforgettable UK Number 1, ‘My Love’.

Richy Ahmed, the Hot Natured resident and part of the Hot Creations inner circle, is also on board. Armed with a sound that fuses the energy of house and disco with infectious funk-inspired grooves, his style has a distinct edge that’s impossible to pinpoint. Finally, Canal Mills regulars, PBR Streetgang, will be holding things down with their disco-inspired house cuts.

In Room 2, it’s all about the Love Not Money Records crew. Since launching in late 2011, they’ve already found their feet among the dance elite, signing over 100 artists, and building up a catalogue of almost 50 releases that have found support from DJ’s the world over.