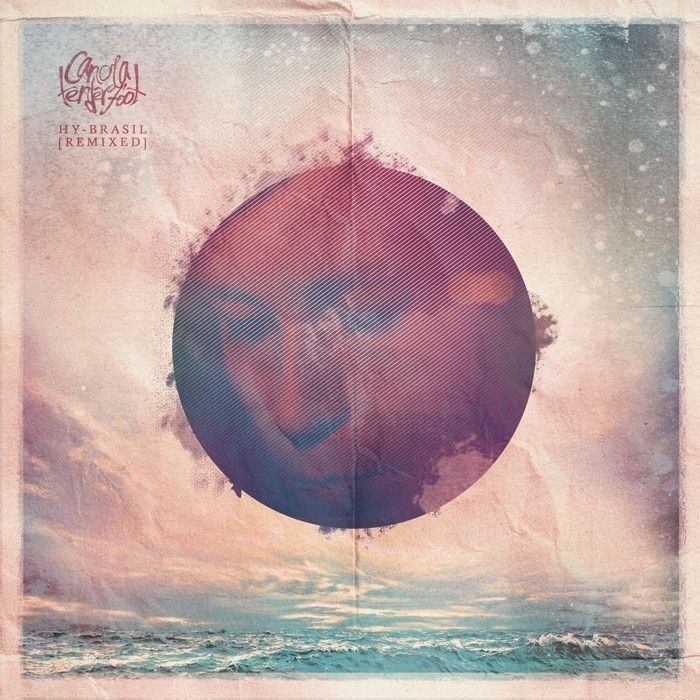 Way back in the mists of time at the turn of the century, before the creation of Slime Recordings, we were introduced to the music of a band called Canola Tenderfoot. The duo – husband and wife Owen and Vik Shirley – created sublime soundscapes that were complemented by Vik’s breathless vocal delivery. In the early days of the label we made a commitment to the band that if at any stage they were ready to release their music, we’d love for them to become a part of our imprint. That commitment was carried through at the tail end of last year, with the release of their sophomore effort ‘Hy-Brasil’, a truly beautiful set of songs that soothe your soul.

From its inception, the album was always intended to be passed over to the extended Slime family to manipulate in their own unique ways, and so it came to pass that ‘Hy-Brasil Remixed’ was brought into the world. Twelve of the label’s artists have taken the content of the original compositions and crafted them into a fantastic adventure across house, techno, dubstep, autonomic and electronica. The resulting interpretations are magical in their realisation, retaining the ethereal atmospherics of the core songs and expanding the palette of sounds into something that can be seen as a perfect companion piece to the original album.